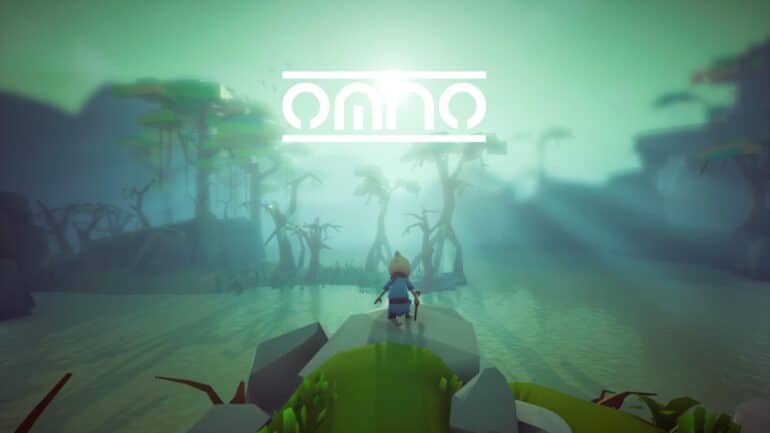 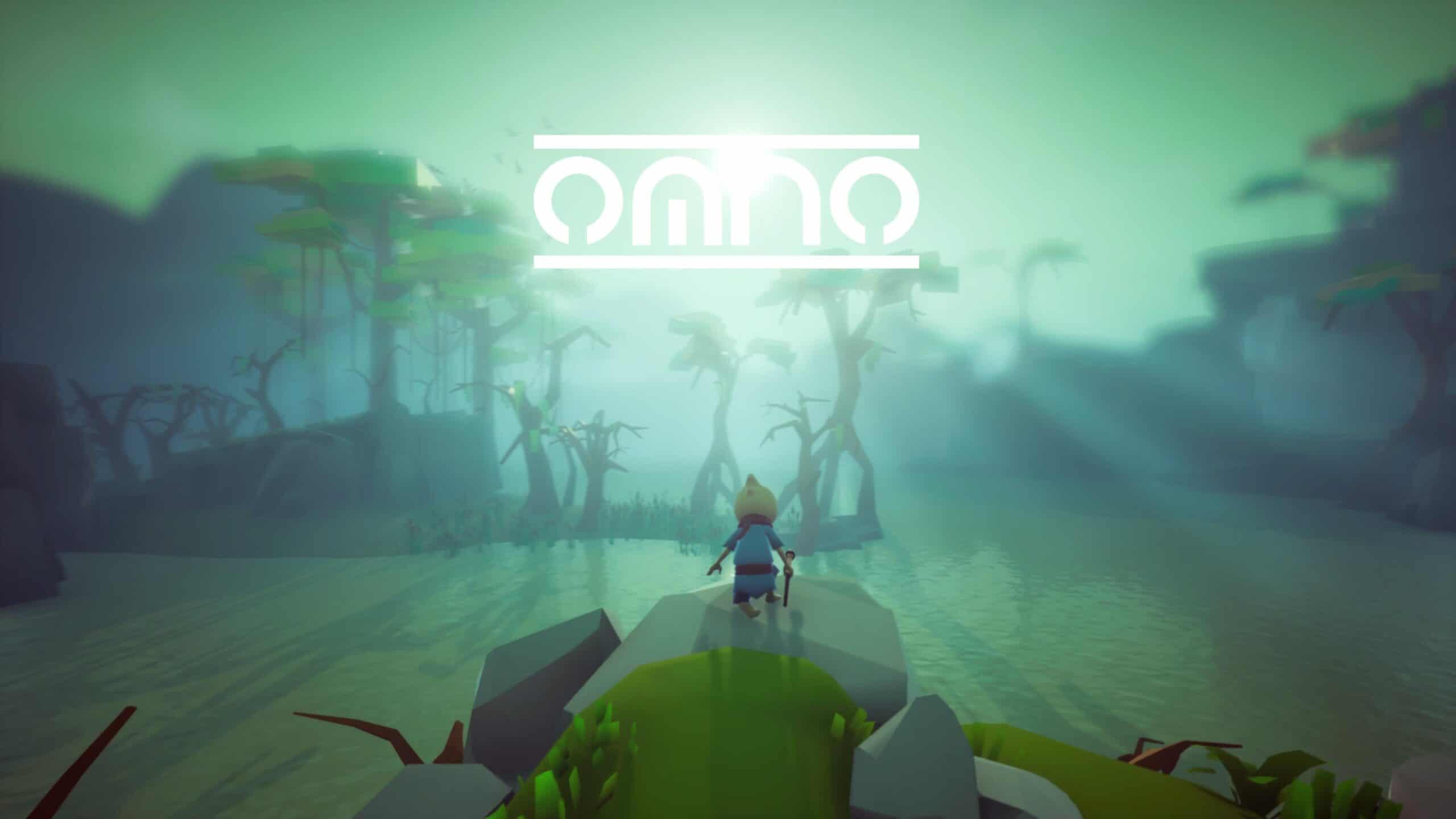 Omno’s biggest success is its vibrant world full of curious creatures and swaying fauna. While the platforming and puzzle elements aren’t particularly innovative, they allow you to explore the beautiful, minimalist landscapes created by StudioInkyfox. StudioInkyFox is particularly noteworthy because Omno was developed by one person, Jonas Manke, and it is his first game. Omno uses a minimalist art style, and while the story and its gameplay elements are simple, the graphics, design, sound, and music are all very polished.

My favorite part about Omno is the world and being able to explore its wide landscapes that vary from sand-swept desserts to lush jungles to ice-capped mountains. Each biome has a couple of different areas, and despite its simple and minimal style, it’s visually an arresting and beautiful game with lots to see and explore. You traverse the world as a simple-looking character that looks like Onion from Steven Universe. Everything in the game uses low-poly objects to great success. Environments are simple, but everything is distinguishable. Trees are colorful and tall, grass moves effectively in the wind, and clouds are puffy and light. Some of the best moments in the game involve quietly exploring the world by gliding through the air and clouds or surfing down desert slopes and on iced lakes.

Traversing the world is done by a variety of methods. Initially, you’ll only be running and jumping, but as you get further into the game more methods open up. You’ll gain the abilities to dash, surf, glide, and teleport. Each ability is essential to the various platforming elements in the game, and all are useful and fun. In each level, you’ll have to find a variety of light orbs through puzzles and clever platforming to unlock the level’s final gate to move forward. For me, a platformer novice, it was a good level of difficulty that required the perfecting of certain abilities to reach areas. I never thought it was too hard or too easy. When exploring, you can pull up a very simple map by pressing triangle which uses your staff as the center and makes things somewhat easy to find. My favorite moments were near the end when you’re able to glide along wind currents. The game really looks its best as you’re soaring through the air.

To go from one area to the next, you’ll traverse on the backs of mythical beings, and each one is imaginative and beautiful, and there’s a lot of variety to them. All of these sequences reminded me of being in a Studio Ghibli film. The music in those moments (and really the entire game) is especially beautiful and helps complete the cinematic quality of the scenes. I do wish that the game had more advanced world-building where certain areas weren’t accessible until you unlocked further game mechanics and you traveled back to previous levels to explore further. I think that would have required a larger team though, and I hope to see it in a future project from StudioInkyFox.

Within the world are a variety of creatures that get documented in the game’s journal with a short blurb about each. I often felt like I’d like to know a little more about the creatures and the world as a whole. Each creature is distinct in both design and personality. Some are mystical and rare while others are seen in most biomes. All creatures follow a set path of movement and actions, but their quirkiness and personalities give them a lot of life despite a certain stagnation in animation. There are towering jellyfish-like creatures, wiggling cacti, flying dragon-like monsters. What’s most curious is that none of the world’s creatures are hostile. They regard you as a peaceful being and interact with you. The game is devoid of any sort of combat, and for the most part, I was okay with that. I never really felt like it needed it, and to be honest, most of the creatures were too beautiful and docile to want to hurt. Omno does a great job at making you feel like you’re an explorer in new, magical worlds, and you’re cataloging everything around you.

As you explore the world, you come across glyphs and notes that more or less explain what you’re doing: trying to find the light because you are a staff bearer and that’s what those that came before you did. Sometimes the game feels directionless with its story. I often found myself wanting more explanations as to why I should be invested. At the end of the game, when a scene that seems like it should be emotional occurs, I found myself not entirely sure why I should care. For the first third of the game, I found myself taking screenshots of the journal entries for reference but realized that they’re compiled in the “glyphs” section of the menu and could reference that. Upon beating the game, I decided to go back to the one world I didn’t 100%, and when I did that, it erased all my entries for the creature and glyph catalog. It does ask if you’d like to overwrite your save when you go to a previous world, but I didn’t think it would completely erase everything. I’m not sure if that was intentional on the developer’s part or not, but I think having multiple save files would be a good fix.

Omno is a gorgeous, imaginative game that is full of life, but I wish it had a little more heart and reason as to why things matter. It took me five hours to complete, and I am happy with the time I spent with it. The fact that it was created by a single developer is impressive, and if you enjoy engaging platformers, great art design, and imaginative creatures, it’s worth a long afternoon playing it on your couch.

We were made aware after the review was complete, that the build of the game for review was not the final build and several key things were missing including interactions with an important secondary character, issues with the save function, and other things.

Omno – Review
Score Definition
We tell you, it’s a good game! It’s not average! It might have some problems here and there, but you have to admit it is a “Good” game.
Pros
Gorgeous, minimalist design
Accessible, fun platforming
Imaginative creature design
Cons
Story is lacking in reason
Can lose progress if you go back to explore a previous level
Sometimes gameplay can be a little too simple
7
Good