Does Deathloop Have Multiplayer and Crossplay on PS5 and PC?

Deathloop has multiplayer, but does not support crossplay. 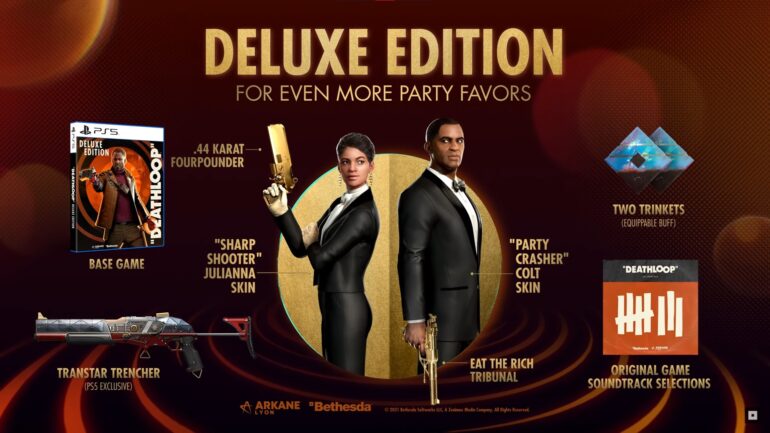 Arkane’s newest murder puzzle game, Deathloop, is out on PS5 and PC, and players are having fun playing as Colt and even Julianna. The game took everyone by storm as it’s sitting at an 88 average score on Metacritic.

Now you must be asking, does Deathloop feature a multiplayer mode, and does it have crossplay? And if you’re wondering if Deathloop will come out on PS4, we got that covered too. We have also reviewed the game if you want to know what we think.

This article will answer that question for you.

Does Deathloop have Multiplayer?

To answer that question, yes. Deathloop has a multiplayer mode. How it works is you invade a Colt player while they’re playing in a district where Visionaries are present. As a Julianna player, you will have to protect the loop from Colt.

You will be able to choose a loadout, preparing to invade another player’s session such as weapon and character trinkets, Slabs, and weapons.

However, you won’t be able to access this mode until you finish “The Longest Day” before you can access the multiplayer mode.

Colt players should have their status in “Online Mode” if they want to be invaded by random players, or they can choose “Friends Only Mode” to only allow friends who are playing Deathloop to invade their sessions.

Does Deathloop have Crossplay?

Deathloop is available on both PS5 and PC, but does it support crossplay? The answer is no. Arkane did not opt to include a crossplay feature due to how it would affect PS5 players when a player using a mouse and keyboard knowing this is a first-person shooter game.

Deathloop is now available on PS5 and PC.