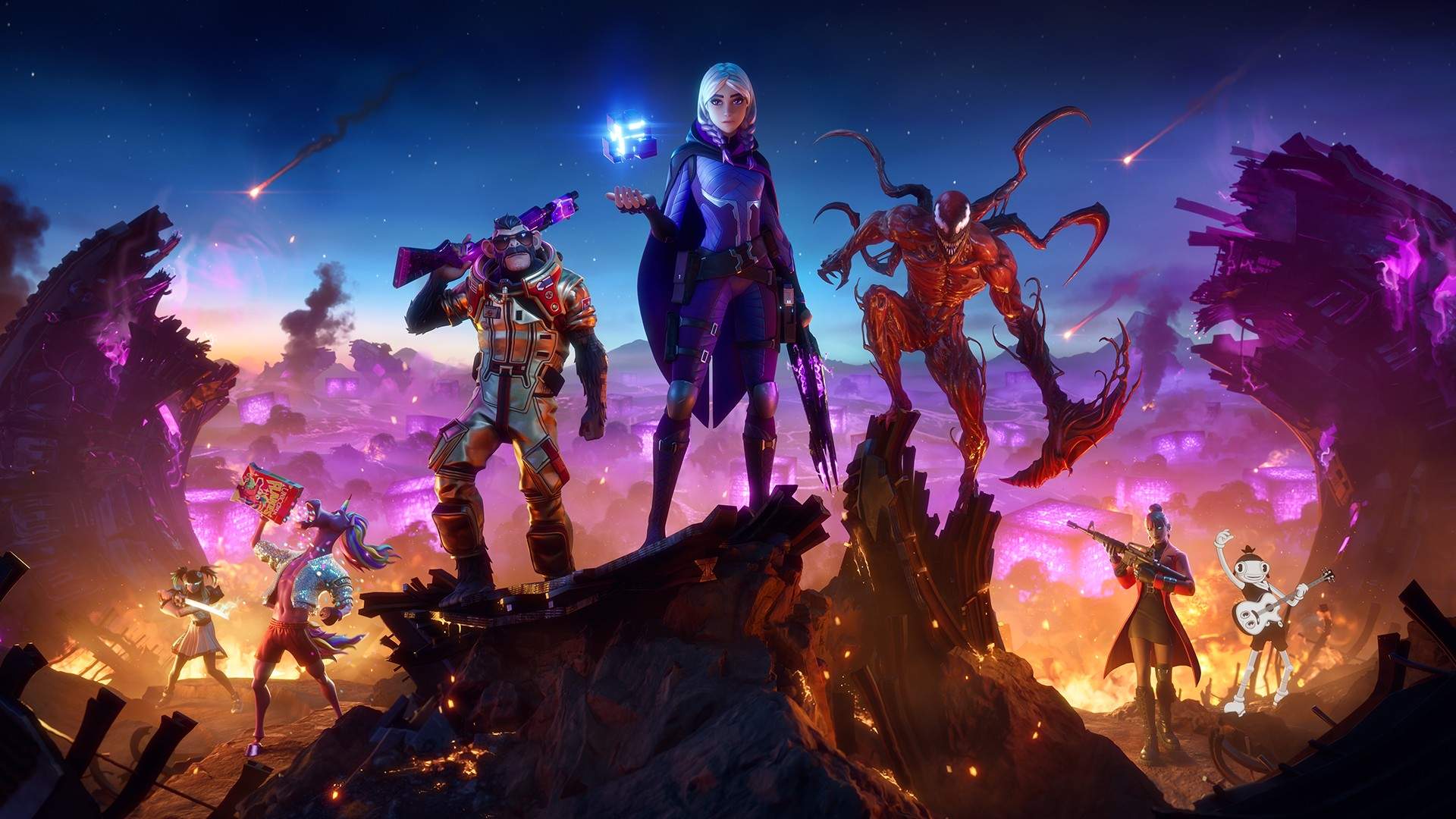 Here's how you can get inside the Fortnite Sideways Zones and Domes.

Epic Games has now introduced the alien Sideways realm in this new season of Fortnite. It has invaded the game’s Island due to the mysterious Cubes that have crash-landed thereafter the alien Mothership got destroyed. This has made gameplay way crazier than ever with the “alien” tech slowly corrupting the land.

When you are inside the alien realm, you will be able to jump a lot higher than usual, but construction is not available here. Your building tools will be disabled, which is why you will have to depend on how you navigate through it and your shooting skills in fighting against opponents. One of the new additions is the cube monsters that you will have to fight and destroy while being inside these zones with new Sideways weapons to help you along the way.

Here is how you can enter the Sideways in this new feature in Fortnite and defeat the cube monsters.

How Do You Enter Fortnite Sideways Zones?

There are two known ways to gain access to the Sideways zones and acquire its awesome content in Fortnite. The first one is to find the Sideways Zone, which is a Point of Interest (POI) that has been taken over by a giant Sideways dome.

It is easy to find since it is marked on the map as a purple and orange circle on top of the POI. When you are on the Battle Bus, you can search for it and then dive down when you start a match. Note that these Sideways Zones will change in each match, so there is no specific POI to find every time.

What Can You Find in Fortnite Sideways Zones?

Inside the Sideways Zones, you will have improved jumping capability, but the ability to build is disabled temporarily. You will find monsters that are really tall and rocky with a cube form inside and will be born again and again to hunt you down. Defeating them has its perks though because they will drop ammo and sometimes Cube Monster parts. These parts can be used to upgrade your Sideways weapons that can be found inside the zones. Discover the Sideways Rifle and Sideways Minigun inside Sideways chests that can only be found inside the zone. They are colored dark purple and make a different noise compared to the standard ones outside.

The other way to get inside the Sideways Zones is through the Sideways Anomalies, but they have been disabled temporarily due to some issues. These can be found anywhere on the Island and they look like small purple rifts floating in the air. They can be seen on the map as a little, dark-purple rift icon. Once found, just step into it and you will find yourself inside a Sideways dome. Find Sideways chests to find the awesome Sideways weapons inside.

Anomalies are different though since, in order to clear this dome, you will need to defeat waves of Cube Monsters. When you enter it, a new progress bar will be shown above the screen and will be split into three parts. Filling it will make the anomaly collapse and return it to normal.

How Do You Defeat Cube Monsters

Inside the Sideways Zones and domes are Cube Monsters that will hunt you while being inside. They will constantly hound you until you are defeated, but if you manage to win, you get loots and a bit of shield energy. There are currently seven types of Cube Monsters that have been discovered, which are Fiend, Ranged Fiend, Poison Fiend, Elite Fiend, Brute, Exploding Brute, and Elite Brute.

Players advise to always move around at all times and to take advantage of the high jumps while inside the Sideways Zones or domes. Also, pick up Sideways weapons along the way because they are powerful items to use and can fend off these monsters easily.