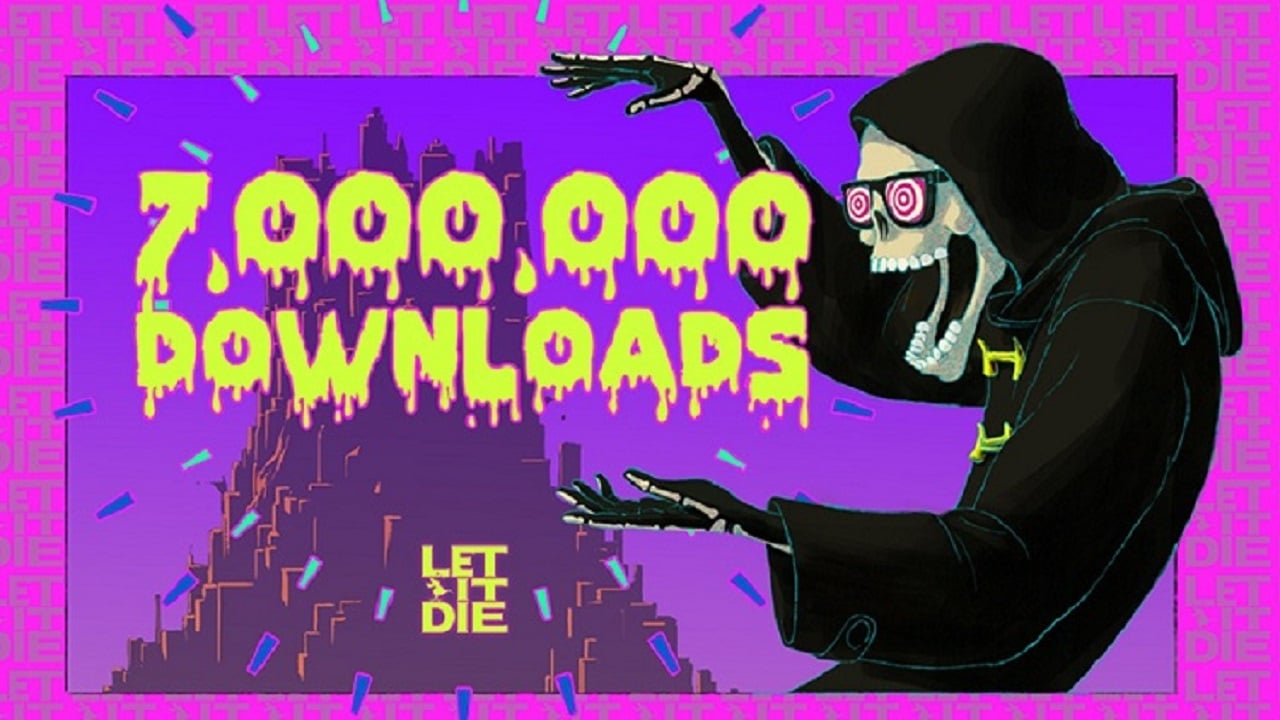 'Senpais' have until October 27th to join Uncle Death for some gore-tastic fun.

Publisher GungHo Online Entertainment has announced that their free-to-play hack and slash survival action game, LET IT DIE, has surpassed 7 million downloads – a feat the game achieved just in time for its 5th Anniversary in December. Today also marks the start of a special Anniversary event and ‘senpais’ have until October 27th to join Uncle Death for some gore-tastic fun.

The developers even prepared a special commemorating the milestone. The 26 minute video involves the hosts having a bit with a sort of a impromptu quiz show… for Death Metals.

For the sake of convenience, the audio is set up to be English for the left ear and Japanese for the right ear.

Uncle Death is thrilled that so many players have the guts to challenge the Tower of Barbs! The skateboarding grim reaper is feeling generous and is giving out a welcome login bonus for new players.

There’s no need to fear death while climbing the Tower of Barbs. Throughout the event, you get three free continues per day to keep on climbing! Plus, there are daily special login bonuses determined by the number of floors each player clears. Bonuses include Kill Coins, Death Metals, SPLithium, 1-day Express Passes, Lost Bags, and more. The cherry on top are the free Dustins in the Gengoku Boss Area.

On the PlayStation Store, players can pick up exclusive DLC and a special pack stuffed with handy items to help them take on the Tower during the event. The DLC for $24.99 provides:

For $9.99, the special anniversary pack contains:

Haters gonna hate, but the more you defeat during the Anniversary event, the more rewards for you and your friends. For every tier cleared, all players will receive the achievements as rewards for the “5th Anniversary Event” beginning November 24th.

Go out there and make your Uncle D proud!

Be sure to visit the Mushroom Club in your Waiting Room during the event to see what’s brewing for the anniversary! The Anniversary Special Mushfest will only apply to Stews purchased using Death Metals.

For more information about the game and upcoming events, visit the game’s official website. You can also visit the publisher’s website for more of their games.