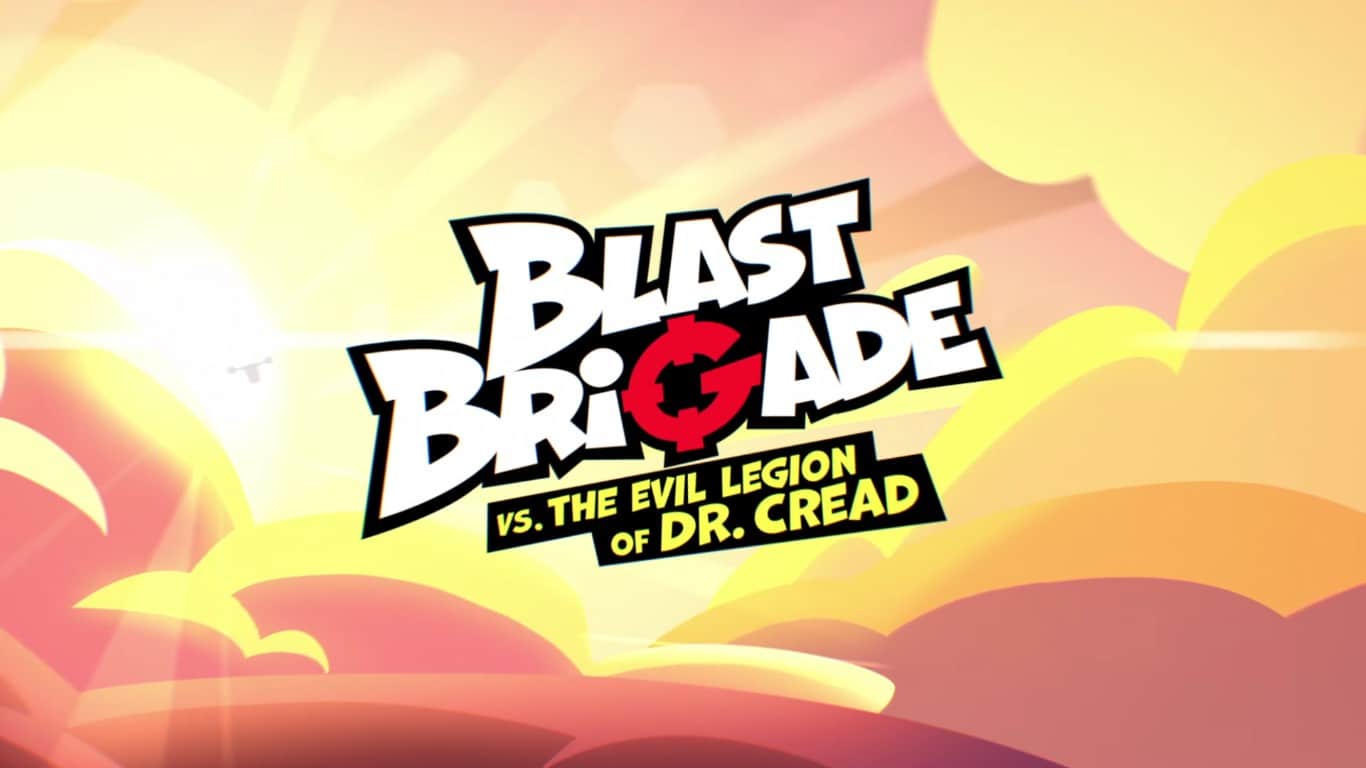 We're going ALL IN with demo of Blast Brigade vs the Evil Legion of Dr. Cread

If you’ve grown up near the 80’s then you know of that era and its love for action movies, and those were probably the source of most of Blast Brigade vs the Evil Legion of Dr. Cread’s inspiration. From the opening of the game, it felt like a cross between Arnold schwarzenegger’s Commando and Metal Slug… with a little more comedy to it.

I say this because compared to Broforce, Blast Brigade is more goofy than explosion heavy. Which isn’t to say that the game is without explosion, it’s just a bit more controlled than what you would expect. Also, the demo for the game only features 2 of the 4 playable characters, agents Jeff Jefferson and Shura. It’s a bit too early to say if the explosions are truly under control.

The Blast Brigade demo starts with the BLAST team making their way to the island of Dr. Cread. Unbeknownst to them, the Evil doctor has already caught wind of their approach and arranged a welcoming gift, of the laser variety. The evac switches perspective between the serious crew trying to parachute out… and Jeff Jefferson being more concerned with his beloved grenade launcher. It’s immediately apparent that we are dealing with a goofy idiot. We’ll have to see if he upgrades to charming idiot as the story progresses.

The brief intro segment on the beach where Jeff makes his ’emergency landing’ establishes some things to know about the game. Firstly, the default assault rifle we acquired is unlimited (auto reloads after a few seconds) and the enemies have a lot more in common with the goons in Contra. Mouse controls are quick and responsive. The sprite changes quickly depending where the mouse is generally pointed to, and gun’s reach is surprisingly noteworthy too.

At first, I was confused as to why I needed to open passages because I didn’t see the need for backtracking. But an accidental death showed me that opening paths is there to make it easier to progress from the save point. A hammock resembles a checkpoint in this game, and if players aren’t meticulous about opening paths, then they better be ready to go the long way around. Thankfully, enemies don’t respawn in previous areas.

The boss for this segment is a giant cybernetic jellyfish. I overheard Dr. Cread talking about the jellyfish with his minions. It was one of those ‘Really?’ moments. I guess I should take what he says more seriously from now on. But really, the man’s a mad scientist, how was I supposed to know he really meant what he said. Anyway, the fight with the jellyfish was very enjoyable. I give credit mostly on game’s tight controls and the boss’ obvious tells. After the battle, we had someone ‘fast forward’ the VHS (Yeah, I’M OLD OK) while the devs talk about saving things for another time. (Thnx for the montage, Blast Brigade.)

The second part of the demo has in a frozen cavern, somewhere on the island. Agent Shura has joined the team and we have a sniper rifle in our possession. Here, we make use of agents’ special gadgets, particularly Shura’s grappling hook. Oddly enough, the grappling hook is more precise, relying more on the player’s skills than having it lock on to the nearest grapple point. I can swap between both agents at any time I please, with the only times I really need to bring either one out is if I needed something to blow up or there’s a grapple point that needs reaching. The grapple based puzzles, while not ground breaking, were nevertheless practical

In this second part too, I acquired a gadget that any agent can use, a belt that allows its wearer to dash in a certain direction. This, coupled with the grappling hook, made traversal a real joy to do. Making our way up the frozen caves, I suspect, would have been far too tedious with these tools. The caves also introduced more powerful variants of the usual grunts. And that’s where the sniper rifle comes in handy. But unlike the AR, the sniper needs specialized bullets. So, spamming sniper shots isn’t recommended. Unless you’re taking down another sniper, because they drop sniper ammo upon death.

The final boss of this demo sees us fighting a Lost Guardian, a golem that’s come to life by our presence. This particular fight is a tough one to win with just conventional weapons. Good thing the grappling hook is there to save the day. At either ends of the chamber, icy stalactites appear from time to time, just waiting for someone to grapple them down. Timing the grapples is paramount to success. Owing to the fact that the boss has an attack that covers the whole screen, and the only way to prevent damage is to hide behind the ice… before it melts.

When the golem’s health goes down to half, it’ll break free from its icy prison and start walking between both ends. At this point, the fight’s at its most intense and you’ll probably have used the dash here more than any other point in the level. But eventually, the golem goes down in a hale of explosions and the agents are victorious. End demo.

I can comfortably say that this platformer shooter is something to look forward to. If the gameplay’s already this good, imagine how it’ll be with a complete story and gadget unlocks. There is so much I want to see with regards with Dr. Cread, the BLAST agents, and even the unfortunate Flight Captain (who Jeff didn’t royally screw over… ahem.)

Blast Brigade vs the Evil Legion of Dr. Cread will hit Early Access early next year, followed by releases on all major consoles. In the meantime, you can enjoy the demo during the entirety of Steam Next Fest until October 8th, 2021.

You can read more about the game with our article about the demo here. You can also visit the Blast Brigade’s official website for more details.