4A Games Collaborating with Del Rey Books for Arktika.1’s Story 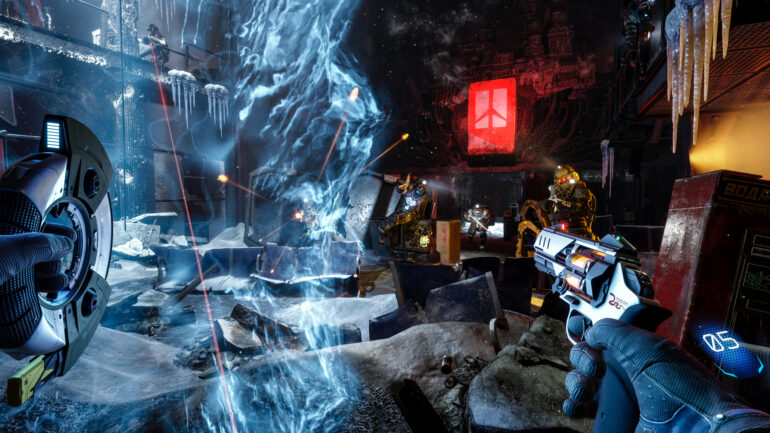 4A Games, the studio behind the award-winning Metro series, and Del Rey Books – an imprint of Random House and one of the world’s foremost publishers of science fiction, fantasy, and speculative fiction – announced today a collaborative partnership behind the storyline for 4A Games’ upcoming first-person shooter for Oculus™ Touch, ARKTIKA.1, as well as an official eBook novella. The companion eBook, ARKTIKA.1: My Name is Viktoria, and many of the narrative elements behind ARKTIKA.1 were penned by New York Times bestselling author Christie Golden – known for several Star Trek, Star Wars, StarCraft, and World of Warcraft novels – along with accompanying editorial oversight from both 4A Games and Del Rey Books.

“I couldn’t ask for more from 4A Games and my publisher, Del Rey Books,” says author Christie Golden. “We’ve worked together every step of the way to bring ARKTIKA.1 to life. I brought my A-game to this project, calling on my playwriting training to create sharp dialogue and utilizing my world-building skills to help complete the immersive experience virtual reality offers. Players looking to dive into the game’s universe by cozying up with a book have much to look forward to!”

“4A Games sits at the very top of the game industry, with unparalleled atmosphere and visual design,” says Tricia Narwani, editorial director at Del Rey Books. “We’re pleased to work with Christie and 4A Games to create a deep, absorbing story that compels fans to return to the world of ARKTIKA.1 – a dark, post-apocalyptic world where humanity has nevertheless kept hope alive.”

4A Games is known for its love of story-driven shooters, complex characters, and atmospheric visuals. This cooperation with Del Rey Books is a natural progression for a studio used to more reflective, literary experiences that stay with players for years on end.

“Story is at the heart of any AAA game – and we have some things to say about that! With our experience making post-apocalyptic games, we’re now taking players a hundred years in the future and presenting them with a dangerous yet hopeful world,” says Yevhen Fedorets, lead game designer on ARKTIKA.1. “We’re building environments filled with detail – resulting in believable, atmospheric locations. Immersion is all about connecting everything in the world with the player, and we found that this feeling of ‘being there’ is by far the best way to tell an engrossing story about survival.”