5 Games To Be Excited For During Nintendo’s E3 Presentation 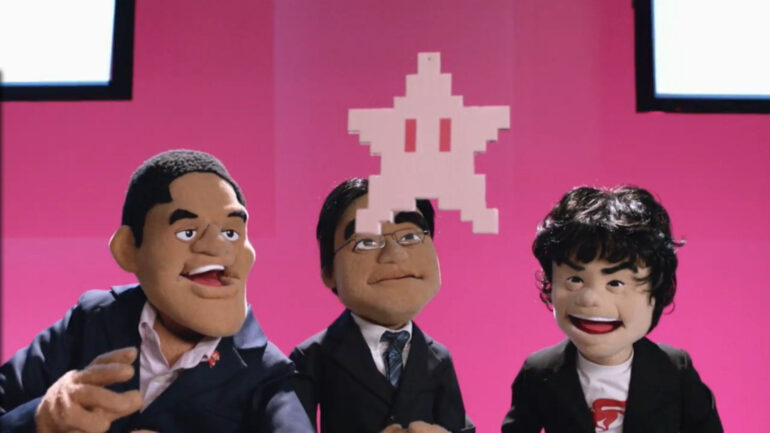 E3 is just around the corner, and we’re all sitting at the edge of our seats filled with anticipation. Although Nintendo isn’t going to have a huge press conference similar to Sony or Microsoft, that won’t stop them from giving a Direct to show us what they got. Hopefully, we’ll see new announcements regarding the Nintendo Switch, especially more details regarding their new online service.

However, let’s focus on game announcements and even possible rumors; this is E3, after all. What should we be excited for during Nintendo’s E3 Direct?

Splatoon on the Wii U was a huge success for Nintendo, despite the small install base and it being a brand new IP. The colorful Inklings took the Nintendo audience by surprise, with their modern-day style and quirky Japanese charm.

It has now become a solid pillar for multiplayer, under the Nintendo umbrella of IPs, and is getting a much deserved — and awaited — sequel. It still has the great team-based multiplayer we all expect from the game, but an unusual — but very much delighted — upgrade from the first game is its new story mode.

The new story mode, although scarce on its details, seems to revolve around the Squid Sisters: Callie and Marie. Splatoon 2 will deepen the back story between the two and show their current relationship, which is drifting apart.

The mustached plumber himself, Mario, is about to grace our brand new Nintendo Switches. Since the reveal, we’ve all been drooling over possible morsels of information about the game. All we have currently is that Mario will be roaming around a city called New Donk City, and it’s populated by people resembling normal human beings. Yes, the juxtaposition still gives us nightmares to this day.

During the direct, hopefully we’ll see new gameplay in the different worlds we’ll be visiting and just what is going on with that pimp suit Bowser is wearing.

With each new Nintendo hardware since Nintendo 64, we’re guaranteed to get a new Smash Bros. game. Although, it’ll probably be a while until we’ll get a new installment in the franchise, especially given how stressful it was on director Masahiro Sakurai, we may very well be getting a deluxe version of the game.

Rumors have been circulating and persistent even before the reveal of the Nintendo Switch console, so it seems like a safe bet that we’ll receiving one, similar to Mario Kart 8 Deluxe. The game will have all the DLC included, but perhaps during the direct there will be details on new characters or even new modes and stages. We’ll never know until June 13th, but fingers crossed that our Nintendo dreams will come true.

Metroid has been a long and dormant franchise for the Japanese giant. The last main series game came out way back on the Wii in 2010, with Metroid: Other M. Now, however, it looks like Nintendo is set to make up for the long drought with not one, but two games. The rumor is that Retro Studios — developers of the Metroid Prime series — will be working on Metroid Prime 4, while a separate developer will be making a 2D game.

We aren’t entirely certain whether they will be showcased this E3 — or even this year, for that matter — but things are looking good in the grapevine that is the gaming industry. Maybe we should cross our toes for this one, and hope that the E3 of dreams will continue.

The Virtual Console has been a sore subject for Nintendo fans, especially Nintendo Switch owners. It was completely absent at the console’s launch, without even a mutter of news or details. Plus, fans have been clamoring for a more streamlined service, with something more akin to a Netflix service for games. People just aren’t willing to buy Super Mario Bros. 3 for the 100th time.

Recently, however, details have surfaced on Nintendo’s new online service. The service is set to charge $20 a year, and includes mutliplayer access and a selection of classic games that users can play whenever they want. It seems the prayers have been answered, but not entirely. Concrete details are stills scarce, and Nintendo is coy on what it means for Virtual Console, with them saying that Virtual Console will still exist.

There are still a bunch of questions to be answered, such as how big is the library of classic games to choose from in their online service? Will there be a constant update of games? What exactly is the difference going to be from Virtual Console and how will the two coexist? All will hopefully be answered during the E3 presentation, and hopefully those answers will make gamers rejoice in nostalgic harmony.

Those are our five picks to get excited over during Nintendo’s E3 presentation. We hope there will be more than five from the beloved Japanese giant, but one can only wait until June 13th. What about you, what are you excited for? Let us know in the comments below.