5 Stages of a Broke Gamer 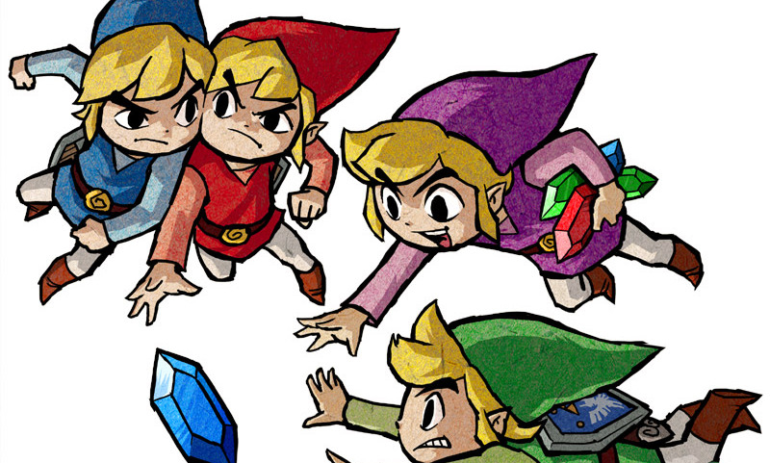 Video Games can be an expensive medium. The price of a AAA release is $60, and that’s without considering what Special Edition, Season Pass, or Pre-Order costs will add on top of that. Plus, with every other month having a major release, it’s safe to assume that your broke ass won’t be able to fork over $60+ every single time. I mean, it’s not like money grows on trees or you could just walk outside, encounter some monsters, and gain some Gil from a battle. Sometimes, you just have to go without and watch your wealthier friends enjoy their steel case, special edition copies.

Don’t worry friend, we’re right there with you. So, to (hopefully) make you feel better, I put together a list of stages all us broke gamers go through. We can share the pain and rejoice that you’re not alone, then immediately go back to being depressed because you’re not currently playing that latest release.

You wake up, check the news, and see that the game you’ve been waiting for, finally has a release date. The build up of joy and anticipation overwhelms you, and you start checking the calendar for how many days until it comes out. 150 days!? Great! That’s plenty of time for you to save up, right? It won’t be so bad, right?

Heck, no! You have to go without, a lot. No more going by McDonald’s and Burger King to get your McWhopper. Those 150 days are going to be a slow grind of dodging and weaving any food establishment possible, just to ease the pain and forget that you’re actually hungry. Food is the enemy (yet, always on your mind)!

Also, you are going to be the cheapest asshole out there. Nothing is worth your money, not until you get that game. Every single bill in your wallet is going to count towards the big end goal, so no spending mister.  You, sir, are going to make your friends pay for you. Your money stays with you at all… Cost!

It’s two weeks until the game comes out, and you have nowhere near the amount of money you need to buy the game. So, what’s a good idea to ease the pain? Why, go to your local game store and check out other games that you haven’t bought yet, of course.

You’ve gone by so often now that the guy managing the counter, knows your name. He doesn’t even bother to greet you anymore, he just let’s you do your thing. You two have developed a deep telepathic connection, where you just leave each other to your own business. Steve is his name and he understands the struggle too. True bro right there.

T minus one day and you are still nowhere near the needed amount. All options have run out, it’s time to initiate the best plan possible: BEG. You get down on your knees, clasp your hands together, and worship your friends as gods, just in the hopes that maybe they’ll throw a couple of coins your way. What are friends for, right?

Nope, they’re heartless people, who only have one thing on their mind: themselves. You were wrong to think that your friendship goes beyond just “Hi,” and “Hello.” Not even Steve can help you. You are all on your own.

It’s been a week since the game came out and you find yourself replaying a couple of the fairly new games in your library. Fairly new, meaning those games came out a year ago, but you only got them last month. You pretend that these games are just as good and that you’d rather be playing these than, say, Breath of the Wild. You don’t, though. It’s not the same. Especially, since you see all your friends are online with their status as Currently Playing The Game You Couldn’t Afford Right Now. Being broke sucks.