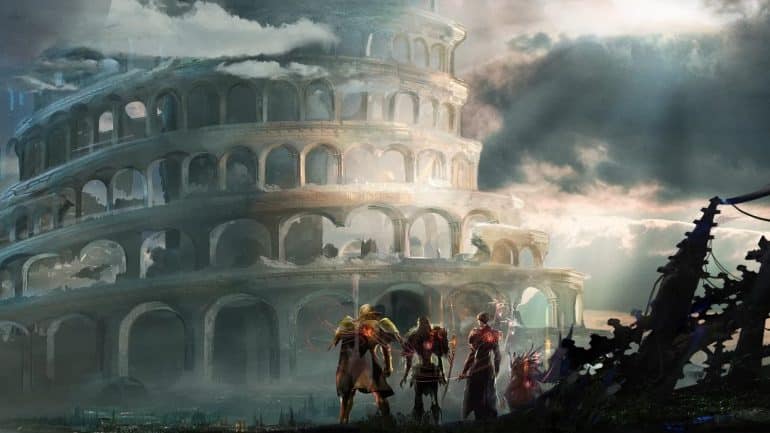 In this year-end list, we’ll go over the top 12 most disappointing games of 2022, in our opinion. The games present are either filled with bugs or just failed in the one aspect that matters the most – its gameplay.

2022 will go down in the books as a year full of standout games. We’ve had great sequels to established franchises and some others that took the world by storm seemingly out of nowhere. But for every win, we are bound to have a matching disappointment or two. And this year is no exception.

Most Disappointing Games of 2022

As a stand-alone game, GetsuFumaDen Undying Moon is a much better game after its 1.0 release. Our only concern here is that we were promised so much more. The game’s roadmap laid out plans for a host of new content post-launch but delay after delay ensured that these promises are pretty much worthless.

Digimon Survive is a good game, and an even better Digimon. Unfortunately, Bandai Namco didn’t see it that way. The most disappointing part about this game is the fact the publisher barely marketed the game to prospective customers. Because of this, people didn’t know what to make of the game. People were unaware of the fact that it was a visual novel or tactical strategy game. Plus, it took nearly half a year for the game to sell 500,000 copies.

This shows how little faith the publisher had in the game. And it’s a real shame too since this is probably one of the more interesting games to come out from the Digimon franchise.

Multiversus is the Smash of Warner Universe. It’s fun and easy to pick up. The problem here is that the game’s only available in select regions many months after the game is released. And for a free-to-play game, the total amount of active users can make all the difference in the long run. This makes us think why they haven’t released it in more regions by now.

This is a case of technical limitations from the developer’s side leading to a whole bunch of disappointment.

Our biggest issue with Gungrave GORE is that it plays too much like a PS2 action game. It’s not the worst thing in the world for a game to pay homage to that design aesthetic but a lot of things have changed in the years since the PS2 has been put out to pasture. Long corridors with bullet sponge enemies aren’t as fun as they used to be. That aside, the controls are what really kill the experience for many players.

Sonic Frontiers, as an idea, is one that many players can get behind. A truly open-world Sonic game where Sonic can run to his heart’s content. What we got, however, is a giant sandbox with design elements that don’t make a lot of sense. (I’m looking at you, miles upon miles of floating rails that mysteriously lead nowhere.)

Design and performance are what put off people from this otherwise great Sonic experience. But at the very least, the foundation is there for a future title. All that’s left is for Sonic Team to bring it all together into something that actually makes sense.

Overwatch 2 took the worst parts of the original Overwatch – the loot boxes and introduced so many unwelcome changes that people actually missed loot boxes. Overwatch was a game that many remembered fondly back in 2016. This “new” era didn’t move the needle much and made us wonder what happened to all that time spent developing Overwatch 2 that could have been dedicated to the long-term support of the first game.

What hurts more is that this new season pass-laden game doesn’t have the same appeal the original had. It has more to do with the fact that the original had comics and an actual developing story. (I can’t tell the motivations of the new characters. Seems like they’re there just to be there.)

The future of Overwatch 2 now hinges on the co-op story part of the game that’s coming next year.

Another mismarketed game, Soul Hackers 2 was a mildly anticipated game from a series that has gone dormant for a very long time. The game got plenty in terms of marketing but it failed to hook an audience larger than those that have fond memories of the first game.

Which is sad because the story was actually pretty good. In terms of gameplay, the slow grind nature of the game left a lot to be desired. And when that was altered to something more fast-paced, many prospective players had already moved on to the next game.

It doesn’t look good for the series’ prospects long term.

When Gotham Knights was first announced, everyone on the writing staff covering the event nearly lost their minds. Fast forward to the game’s release and knowing what we know now, the game lost most of its appeal to us. It didn’t help that the game’s beta wasn’t warmly received.

What we have here is a case of deeply flawed designed issues stemming from inexperience. This is most evident in the fact that many missions were redundant. Heroic Assault did save the game somewhat. But that wasn’t enough to truly redeem it. Only time will tell if the game pulls itself out of the mud.

The Callisto Protocol was hyped up as the spiritual successor to the Dead Space franchise. Unfortunately, that was only half-true. The game comfortably falls under the category of “All style, and no substance”. The game has visual spectacle but the gameplay and performance fell short in every measurable aspect. The PC port in particular was an unstable mess of epic proportions. If you’re looking for a recommendation, pick up the PS5 version.

While it’s too early to say what comes next for Striking Distance Studios, they may need to reconsider some things before going ahead with the next game. AND after they fix the game into a more presentable state.

Where to begin? Warhammer 40K Darktide was supposed to be the best damn 40K game we’ve ever seen. And in many regards, that is the case. But a disastrous launch, predatory microtransactions, and an unclear roadmap have crippled the game to the point that it’s bleeding players in real time.

This absolutely sucks because the gameplay and design are top-notch. It successfully married the Tide style of combat into the grim, dark universe of the 41st Millenium. But everything else is a complete failure.

Thankfully, the MTX has been looked at and after much pressure from the community, those features were walked back. Now they can do something about the Shrine of the Omnissiah and its missing features.

Darktide proves that the bigger you are, the harder the fall. Give this game another six months or so before picking it up. Maybe then it’ll be worth buying. At a discounted price.

We remember a time when Saints Row was just a lot of crude humor and somewhat fun gameplay. Whatever the 2022 reboot is, we can’t tell anymore. The game launched as a buggy mess that barely holds up as an open-world game, much less a Saints Row game. The story and gameplay aren’t much to write home about either. But the greatest sin this game ever committed is giving a middle finger to the fans that supported the series for many years.

In the end, the Saints Row reboot bombed so hard that Volition is now part of Gearbox. At the very least, the studio remains whole as they run support on other projects into the foreseeable future.

And here we are at the top of our list.

Babylon’s Fall was doomed the moment players got their hands on it. The visuals were an ugly mess of generic-looking characters wrapped in gold armor and seen through a painting filter. The gameplay is equally messy. You too would be going loopy after running the same set of dungeons over and over again using the same equipment and tactics. Personally, the “story” is what killed it for me. No investment, no payout, just a lot of nonsense.

What’s more, this is supposed to be a PlatinumGames developed title. Beyond the 4 weapon setup, there is nothing here that suggests that this is the same studio that made games like Bayonetta and Nier Automata.

And we’re not even at the worst part yet. Square Enix is set to terminate the service on February 27, 2023. The game didn’t even survive a full year being out. What a damn shame. I truly feel sorry for the people who paid for the season pass and the collector’s edition only to lose everything.

That’s our number one game on this list. It’s enough to just close the door on the subject once and for all.

And that’s it for our list of the 12 most disappointing games of 2022. In hindsight, we were amazed at the number of games we looked forward ultimately turned out to be disappointments. Some of these games though do have a chance of turning things around next year. We’ll just have to wait and see how that pans out.

For more updates and articles like this, do follow us on social media and wherever else you may find us.

Also, Check out this video from YouTuber Best Indie Games where he goes over 2022 in terms of one Action RPG release per month.