Who else should join in SRW 30? 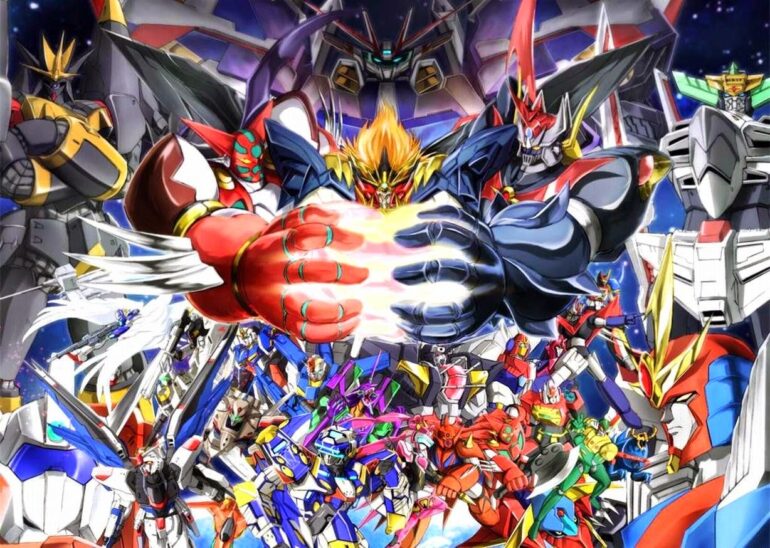 Now we are left contemplating on who will be coming to SRW 30 as DLC characters. Here is a list of possible units and series that might come to the game:

Since Combattler V was announced for the SRW 30 main line-up, it would be a great idea to have Voltes V team up with this popular series once again. Voltes V coming back to SRW is a possibility since not only is the Soul of Chogokin figurine line up popular to many fans, especially for those living in the Philippines, but a new live action movie is coming to cinemas soon.

Voltes V first debuted as a TV series in 1977. The story takes place in the near future where a mysterious alien race known as the Boazan Forces invaded Earth. A group of individuals specially trained to handle this kind of situation was needed. Kenichi, Ippei, Daijiro, Hiyoshi & Megumi are the pilots of the Chō Denji Machine Voltes V (5), became Earth’s first and last line of defense against the Boazan and their terrible Beast Warriors.

The plot thickens as the Go Brothers discover their true heritage and the truth behind their father’s disappearance. Conflicts and mixed emotions hindered the Go Brothers for a time, but their unwavering desire to find their dad leads them to the place where it all started. With the help of the rebels based on Earth and on the aliens’ homeworld, the Voltes Team have another mission: remove the tyrant Zu Zanbajil and liberate the people of Boazan.

Gundam Narrative, as many Gundam fans know it, is the epilogue to Gundam Unicorn. Since we are getting units from the Narrative series, it is very likely that Gundam Unicorn and Banshee would appear as DLC units in the game.

Gundam Unicorn was first released in movie theaters back in 2010. It continues the saga three years after the events of Mobile Suit Gundam: Char’s Counterattack and seventeen years after the One Year War. When colony Side 4 is about to succumb to the Sleeves and its prolific fighters, Marida Cruz and Full Frontal, Banagher takes control of the newly built Gundam Unicorn to defend his friends and protect the fate of humankind.

This newly aired anime series continues to be a big hit for fans worldwide. Getter Robo Arc is a possible unit that will come to SRW 30 as Shin Getter Robo Armageddon has been in the SRW franchise for quite some time and has a real shot in becoming the torchbearer for the Getter series.

Getter Robo Arc focuses on the conflict against the Andromeda Country, the new enemy of humanity that seek to destroy the source of the Getter Rays that once devastated its civilization. Hope rests on the titular Getter Robo Arc robot, piloted by Takuma Nagare, son of Ryoma Nagare. However, the appearance of another mysterious Getter introduces another complication to the conflict.

When Gridman was announced as being part of the main line up in Super Robot Wars 30, the internet exploded as fans of the series have been expressing their love for it through fanarts, cosplay and even rewatchings of the whole series. Since this major title was announced, the possibility of SSSS. Dynazenon showing up in SRW 30 as a DLC character greatly increased. SSSS. Dynazenon is a very popular series and takes place in the same universe as SSS. Gridman. With the anime’s recent ending, fans want to see more action from both series again, and what better way than to see them in SRW 30?

SSSS. Dynazenon is about a first-year student of Fujiyokidai High School named Yomogi Asanaka. He meets a mysterious man named Gauma who claims to be a “Kaiju User”. Suddenly a Kaiju and a giant robot, Dynazenon, appear! Yume Minami, Koyomi Yamanaka, and Chise Asukagawa also happen to be passing by together with Yomogi, and they too get caught up in a battle with the Kaiju.

All these variants debuted in the short OVA film series known as Gundam Evolve. These units were very popular at that time and were later made into Master Grade model kits. Seeing them in SRW 30 as DLC characters would boost their popularity and we might get a chance to see them reissued again as either Master grade kits or even something better.

When Mazinkaiser Infinitism was announced, my mind was literally saying “WOW!!! That’s unexpected!!” Realizing that Infinitism is being promoted in the SRW 30 series, there is a huge possibility that other Infinitism kits might be making their appearances in the game. Currently, there are 6 Infinitsm HG kits that were released in Japan. Three have already been seen in SRW, those are Mazinger Z, Great Mazinger and Mazinkaiser. The other 3 remaining ones are Getter Dragon, UFO Grendizer and Kotetsu Jeeg.

Among the Infinitism kits that were released for model kits builders, the biggest possibility to see in SRW is probably the Getter Dragon ver. Infinitism. What’s in store for the Infinitism version are unknown and chances are SRW 30 will either use of those 3 or announce another HG Infinitism kit as the DLC unit as a way to promote their products.

As announced by Bandai Namco, 4 of the DLC characters will be coming from the SRW OG series. One of them will probably be from Team ATX which is comprised of Alteisen, piloted by Kyouske Nanbu, and Rein Weiss Ritter, piloted by Excellen Browning. These two units have been popular in the whole OG series and have contributed to the popularity of the OG series. Also, there is a high probability for them making an appearance in SRW 30 since a new model kit featuring Alteisen was shown and announced in Super Robot Wars 30th anniversary stream. I, myself, will be relieved to see this dynamic duo being playable in Super Robot Wars 30 and we hope to see more gunslinging and piercing action from these two.

Aussenseiter & DyGenGuar are two iconic OG units that bring out the greatest combo of attacks especially when they use their ultimate known as Tatsumaki Zankantou. Seeing these two units would be a great addition to the SRW 30 DLC line up of characters plus a great chance to see them in action again.

Dygenguar is piloted by Sänger Zonvolt and is known for its melee especially for wielding a giant buster sword that can literally cut through anything. The Aussenseiter is piloted by Ratsel and is known for its speed and accuracy on long range attacks & can transform into a mechanical horse specifically for DyGenGuar to perform wicked combos and attacks on numerous enemies.

Seeing all these possible DLC characters gives a certain chill to one’s mind on who will join the SRW 30 DLC line-up. The Super Robot wars 30 is set to be released on October 28, 2021 for the PS4, Nintendo Switch and PC. More news will be announced for the game on the official Youtube Channel of Bandai Namco and on their Twitter page in the coming months.