Doom and Gloom are about to cause some mayhem 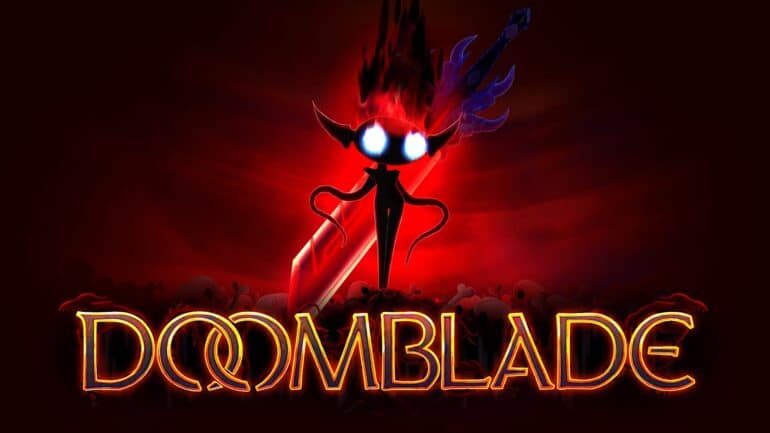 During the Escapist Indie Showcase 2021, publisher Iceberg Interactive and developer Muro Studios have announced that their action metrodivania 2D action game, DOOMBLADE will be coming to PC in 2022.

From Muro Studios, best known as the team behind the Shadow Bug series, DOOMBLADE is a combination of part pulse-pounding agile action and classic side-scrolling open world platformer.

Lured out of her solitude, Gloom Girl, the last of the Gloomfolk, discovers a chamber containing a sentient weapon hellbent on escape after eons in chains. Together, “Doom and Gloom” embark on a brutal quest to unlock the powers of The Void in this 2D Action Metroidvania.

Wielding the sword, Gloom Girl can ride through the air to attack enemies. Target monsters to attack them directly, and slay them with DOOMBLADE’s wrath!

The blade is hungry to wreak its revenge on The Dread Lords, the ones responsible for trapping it in the Underworld. But before that comes to pass, the blade must regain its lost strength. Search for the statues of the old gods, it is there the long-dead Gloomfolk have stored and the DOOMBLADE’s hidden powers, just awaiting its return.

Explore the cave-live world of the Lowlands

From the abandoned halls of Gloomhaunt, into the New Wilderwood forest full of untrusting tribesmen, through the Molded Mines with their hedonistic shroom people and into a technological hellscape known as the Power Sector. Gloom and Doom must destroy the monsters within and hunt down the Dread Lords who imprisoned the blade.

You can find out more information about the game from its website. Don’t forget to wishlist the game on Steam.