Caos Collector's Edition has also been announced for European Regions 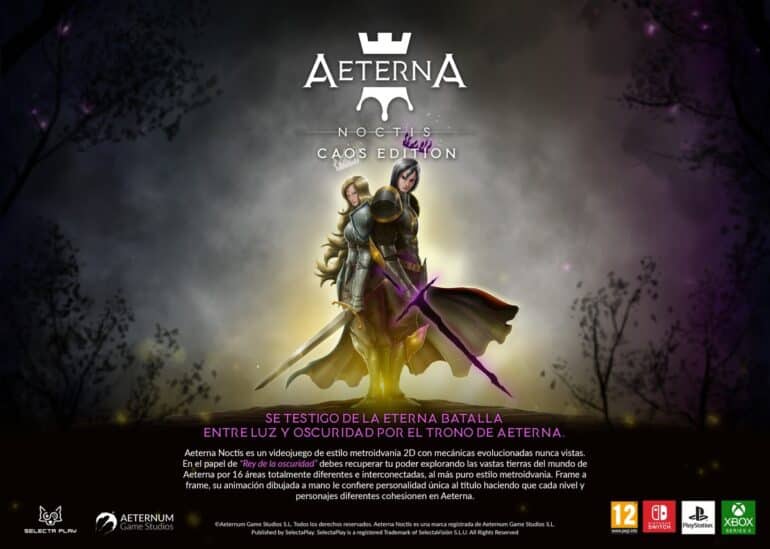 Sony Interactive Entertainment España and developer Aeternum Game Studios have announced that its hand drawn 2D metroidvania, Aeterna Noctis, has released its first free major update. The aim of the update is to make the game more accessible.

What are the new Aeterna Noctis game modes about?

Aeterna Noctis now has two game modes. Aeterna is a more accessible experience focused on exploration and action while Noctis is the original, challenging experience.

The studio has redesigned the levels for the Aeterna mode to make the difficulty curve less steep. Also, the final bosses will have slightly less HP so players will be able to beat them more easily. Players will have the ability to switch between both modes without having to start a new game.

The studio has also implemented other new features, such as adding more thrones to the map, as requested by the community. A number of bugs have also been addressed in the process.

The studio has also announced the Caos Collector’s Edition. The Caos Edition will include two exclusive steelbooks, an art book, and the OST on three discs. More surprises are also included, the company announced.

When Will the Aeterna Noctis Caos Collectors Edition be available?

The Collector’s Edition will come to Europe in Spring 2022. It will be distributed in Europe by Selecta Visión.

The Caos Collector’s edition will have the following items: