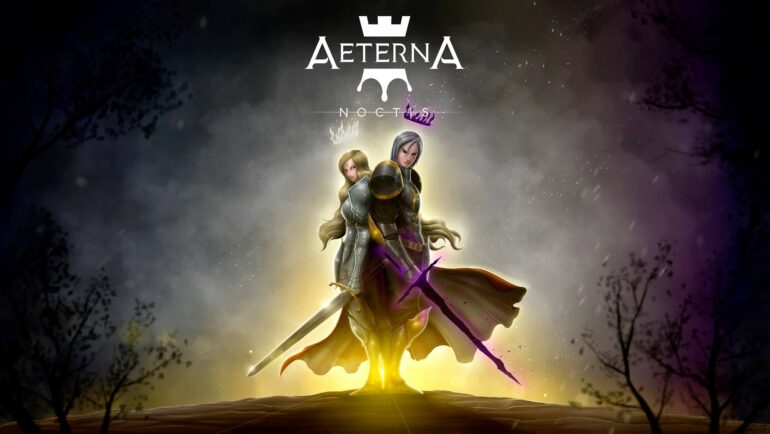 The video is 17 minutes long and features a glimpse of what this 2-D metroidvania offers when it releases on PlayStation 5, Xbox Series X/S, Nintendo Switch and PC later in 2021. The game is part of the PlayStation Talents project.

Aeterna Noctis tells the story of the King of Darkness and the Queen of Light. They are both cursed to fight each other eternally and even death could not free them from their destiny since they have been granted the gift of immortality. Players will experience this never-ending conflict through 16 challenging levels.

One of the most important features revealed during the extended gameplay was the leveling system. Aeterna Noctis has a skill tree where the player chooses the upgrades for the King of Darkness through three separate paths: melee combat, survival attributes and magic abilities. Each one of these ramifications allows a deep degree of specialization but at the same time, are not mutually exclusive. Players are free to upgrade their character as they want.

KEY FEATURES
• Experience a metroidvania with a challenging difficulty. Easy to leanr, but hard to master as you gain experience and unlock new skills.
• Explore the mysterious lands of Aeterna in a non-linear way. You are always the one to choose your next challenge. All the levels are designed to fully exploit the movement skills of the characters, opening multiple ways to overcome each challenge.
• Enjoy a clean and fluid gameplay designed and polished to achieve a system that responds to 100% of the actions regardless of the speed and conditions in which they are executed.
• Immerse in a deep and beautiful story. Aeterna Noctis is not just about puzzles and platforms. It is also filled with epic moments and unexpected twists that will captivate even the most experienced of players.