Against the Storm Releasing onto Steam and GOG in Q4 2022 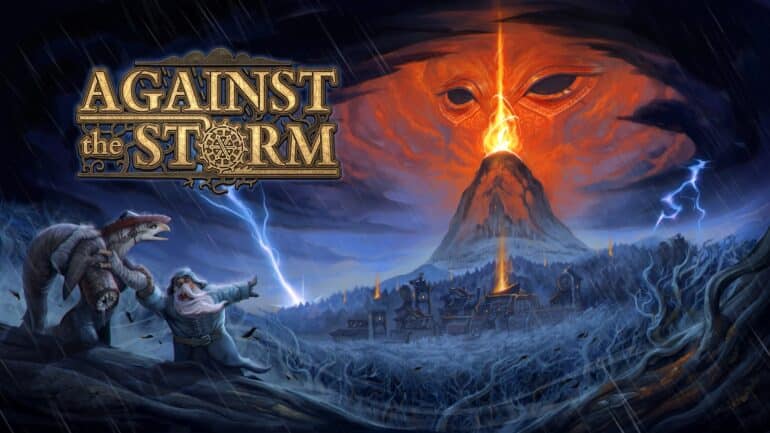 Publisher Hooded Horse has announced today that they are publishing the roguelite city builder, Against the Storm, to other PC platforms. Developed by Eremite Games, the game is set in a fantasy world where it never stops raining. Build endless settlements populated by intelligent beavers, lizards, harpies, and humans and upgrade your citadel while a recurring storm of darkness destroys outposts and reshapes the world.

To celebrate the occasion, Hooded Horse released an Announcement Trailer that gives an overview of the game.

About Against the Storm

With hundreds of gameplay modifiers and 5 distinct biomes, every city location presents unique challenges for even the most resourceful Viceroy. Adjust your strategy of changing weather conditions and mix and match ingredients to take advantage of the resources at hand. You never know what wares the Trader will bring next year, and the forest holds treasures, resources… and ancient threats.

the game takes place in a fantasy medieval world where you play as the Viceroy of the Scorched Queen, tasked with rebuilding the Smoldering City – the only safe haven against a vile cycle of destruction ravaging everything in its path called Blightstorm. In order to acquire the resources to rebuild, you must tame the wilderness, find endless settlements, and create supply networks while providing a good living for the beavers, harpies, and humans under your rule.

The game is currently available in Early Access on the Epic Games Store, and the Epic version of Against the Storm has received an update today revamping Trade Routes and introducing a new roguelite mechanic in the form of Timed Orders.

Timed Orders are challenging time-sensitive requests that provide large rewards if successful but cause the permanent loss of reputation if they fail, encouraging players to experiment with different playstyles and production chains to achieve the objective.

Meanwhile, Trade Routes have been reworked into an export and diplomacy system, where nearby settlements procedurally generate requests for deliveries in exchange for Amber (a unique resource used to unlock new perks and technologies). Trade route offers increase as your relationship with settlements improves, and the goods take time to reach their destination, requiring the player to balance the cost and time of sending a caravan versus the rewards obtained.

Against the Storm is out in Early Access on Epic Games Store and it is coming to Steam and GOG in Q4 2022.