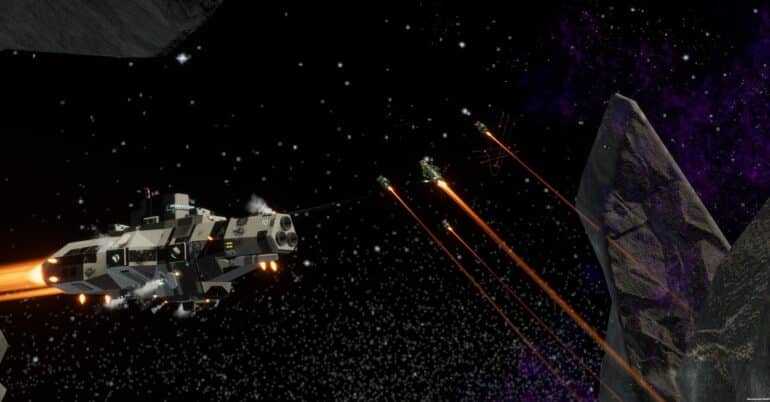 Publisher Hodded Horse is proud to announce that it is publishing strategy simulation game, NEBULOUS Fleet Command. The game is currently being developed by Eridanus Industries. the game began Early Access in February and currently holds a Very Positive rating on Steam with 94% positive reviews. The publisher calls it a perfect fit for their stable of hard sci-fi-inspired titles such as Falling Frontier and Terra Invicta.

To commemorate the occasion, Hooded Horse premiered this new Early Access Trailer for the game.

NEBULOUS Fleet Command aims to depict a realistic vision of how space battles might take place in the far future, with the use of 3D movement controls amplified by electronic warfare, radar, and precision targeting mechanics.

Each ship has its own detailed positional damage model, meaning each ship’s survival is dictated by its systems and not a generalistic health bar. Damage control teams can move from compartment to compartment to try and repair the damage inflicted on a vessel, and different modules can be targeted depending on the priorities of the battle and player.

How long will NEBULOUS Fleet Command be in Early Access?

According to the developer, “We expect this game to be in early access for up to two years while we build out its feature set.”

How is the planned full version different from the early access version?

The final release is expected to have the following features:

NEBULOUS Fleet Command is out now in Steam Early Access.

For more on Hooded Horse, check out: