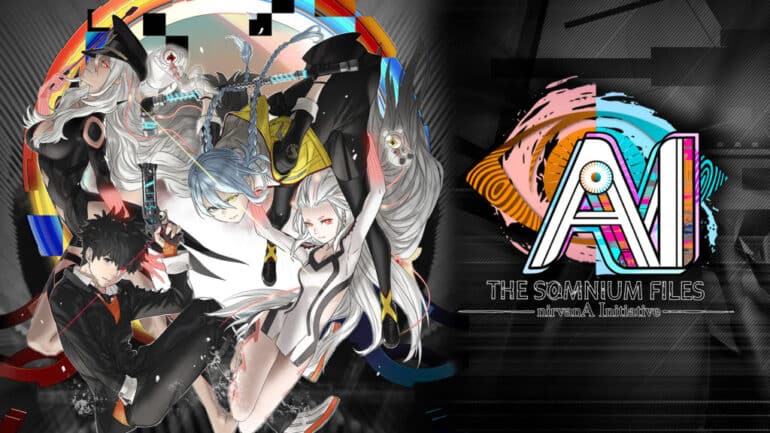 Publisher Spike Chunsoft has recently introduced new Somnium gameplay elements and three additional characters who will appear in the upcoming AI The Somnium Files nirvanA Initiative. The sequel to 2019’s adventure game releases on Nintendo Switch, PS4, Xbox One, and PC (via Steam) on June 24th, 2022 in North America and July 8th, 2022, in Europe and Oceania.

The game system consists of “Investigation” and “Somnium”. The “Investigation” part takes place in the real world. Here players will examine crime scenes and listen to testimonies. In the “Somnium” part, players enter the dreamworlds of suspects and key witnesses.

During a Somnium, players have a limited amount of time to search for the truth deep in the subject’s memories. Aiba and Tama appear in human form and assist their agents by exploring the dream world and uncovering new clues.

At ABIS headquarters an Agent or “Psyncer” uses the Psync machine to enter a witness’s dream world. The device can only be used by Agents with the ability to adapt to the dream world.

A Somnium is uniquely based on the memories of the Psync subject, so each dream landscape is completely different. The sequel introduces new underwater and aerial Somnia, allowing players to experience more varied worlds. Somnia are comprised of multiple levels and “mental locks” that must be unlocked in order to the next level. Depending on the Somnium, there are multiple ways to remove mental locks, so the story may diverge on what method was used.

To remove a mental lock, players must examine and act on various objects, but every action consumes its own set amount of time. With only six minutes to complete a Somnium, players must take into account the remaining time and choose each action carefully. While taking action time flows at a normal speed. Remaining stationary causes time to pass more slowly.

In a Somnium, common sense and laws of the real world do not apply, but there are “Keys”, or rules based on the Psync subject’s consciousness and memories. Once Keys are revealed, it becomes easier to narrow the actions and choices to be taken in the Somnium. Initially, most of the Keys are hidden, but as you explore and begin to understand the Somnium, Keys will be revealed.

A Conscious Antibody is the alertness of the Psync subject embodied in the Somnium. Conscious Antibodies block access to important information and, when touched, greatly reduce the amount of time one can safely remain in a Somnium.

If a Conscious Antibody is blocking the way, find a way to eliminate it and move on…

Owner of the Brahman World Cuisine
He runs a restaurant called Brahman in Golden Yokocho. Always wears a mask for some reason. His cooking is excellent. The restaurant is frequented by members of ABIS.

Made Cafe Maid
A Sekiba High Senior and “Mermaid” at Sunfish Pocket. She has a sharp tongue but is never really malicious. She’s in the school dance club with Iris and Kizuna. A regular at Brahman and close with Gen.

6th Grader
Komeji’s son. His parents are divorced. He lives with his poor comedian dad but despises him. In the same grade as Mizuki, but doesn’t seem to have much contact with her.

AI The Somnium Files – nirvanA Initiative will release on PS4, Xbox One, Nintendo Switch, and PC (via Steam) on June 23rd in Japan, June 24th in North America, and July 8th in Europe.