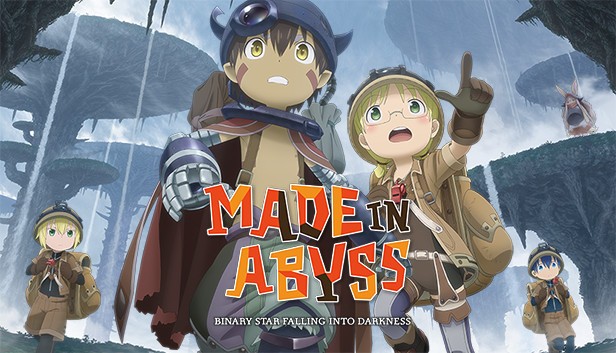 Publisher Spike Chunsoft has announced today that their 3D Action RPG, Made in Abyss Binary Star Falling into Darkness, will release on PlayStation 4, Nintendo Switch, and PC (via Steam).

Made in Abyss Binary Star Falling into Darkness Release Date

Made in Abyss Binary Star Falling into Darkness will release on September 2nd, 2022 in North America and Europe.

In addition to the release date announcement, the company has also revealed images and profiles for the game’s main characters.

the main character in the DEEP IN ABYSS mode. Players can customize the character’s hair, facial features, and more.

An active girl who’s deeply curious. Her dream is to become a White Whistle Cave Raider. She was living at the Belchero Orphanage, but when her mother Lyza’s White Whistle and letter were found, she departed, heading for the bottom of the Abyss.

He descended with Riko into the Abyss to find out who he is. He tends to make things seriously and has a mature way of speaking. However, he panics easily during unexpected circumstances.

A colleague from the orphanage. A quiet, inconspicuous child who tends to go unnoticed. He has high physical abilities but dislikes running. You became close friends after surviving getting lost together. He dreams of becoming a White Whistle and reaching the bottom of the Abyss.

A colleague from the orphanage. A girl who deeply admires Riko. A bit of an airhead, which is her key charm and flaw. She tends to get rather competitive.

A colleague from the orphanage. A boy who’s always full of energy. He tends to get in trouble by speaking his mind. However, he is still a likable person.

Made in Abyss Binary Star Falling into Darkness Physical Versions

The Collector’s Edition includes a 24″ x 36″ commemorative movie-sized cloth poster featuring new exclusive art Kinema Citrus, the team behind the Made in Abyss anime, and your very own Cave-Raiding Notebook, containing pictures and information about primeval creatures, Relics, and Whistles, as well as space to take your own notes while diving into the netherworld. Everything comes packaged together in a Collector’s Edition outer box.

Made in Abyss: Binary Star Falling into Darkness is set to release on the PS4, Nintendo Switch, and PC (via Steam) on September 2nd, 2022 in North America and Europe.

For more Made in Abyss news, check out: