We have to go deeper... in these 2 new game modes 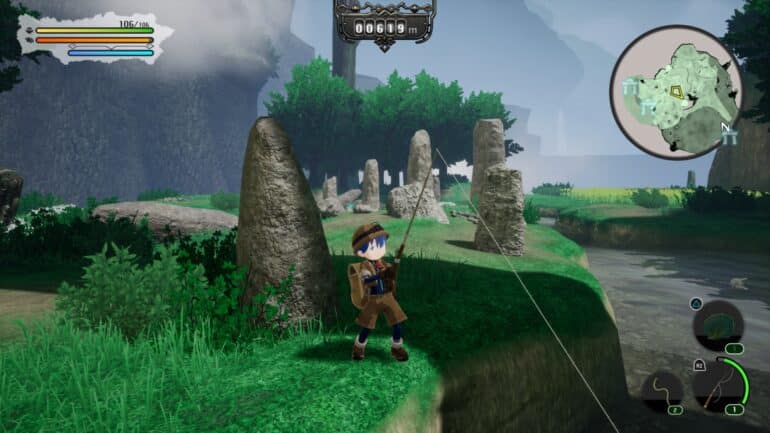 Publisher Spike Chunsoft has recently released new information about the two game modes and part of the game system for its 3D Action RPG, Made in Abyss Binary Star Falling into Darkness.

Made in Abyss Binary Star Falling into Darkness Game Modes

HELLO ABYSS is a mode where players relive the story of the anime while learning the basic system and how to progress in the game. In this mode, players control main character Riko, and apprentice Cave Raider. Together with the human-like robot Reg, who can handle both combat and exploration, aim for the bottom of the colossal hole known as the Abyss.

Event scenes in the game are fully voiced by the anime cast.

In DEEP IN ABYSS, you control a new Cave Raider, an original character, to challenge the depths of the Abyss, and enjoy an original story supervised by the series author, Akihito Tsukushi. This original character can be customized with different hairstyles and facial features. By completing missions and bringing back relics from the Abyss, players can increase their rank as a Cave Raider and challenge deeper levels of the Abyss.

This mode is based on a single-player exploration, so more careful preparation and action are required to conquer this one.

Introduction to Part of the Game System: Crafting Items and “The Curse of the Abyss”

Exploring the Abyss requires a variety of tools, sufficient food, and more. Items can be crafted from a variety of materials obtained through exploration, and range from tools such as climbing axes and fishing rods to food, medicine, and clothing. In the game, due to weight restrictions for gear, it is also important to procure items locally through crafting, rather than bringing them in from town.

“The Curse of the Abyss” a characteristic element of the original story, is also recreated in the game. It is a phenomenon in which the deeper one goes, their body experiences more severe strains when returning to the surface, causing various physical and mental disorders.

About Made in Abyss Binary Star Falling into Darkness

Made in Abyss Binary Star Falling into Darkness is a 3D Action RPG in which players themselves descend into the world of the Abyss and grow through their experience in its depths. Many characters from Made in Abyss appear, and event scenes are fully voiced by the cast from the anime. Fans are sure to enjoy the dark fantasy that remains true to the unique flavor of the original work.

Take the Dive of Your Life!

Made in Abyss, the breathtaking manga and anime series by Akihito Tsukushi, is getting its first-ever video game adaptation.

The story begins with Riko and Reg’s meeting in the first episode of season one. This marks the start of their great adventure, and together they travel to Seeker Camp in the second layer of the Abyss. Experience the awesome power of the Curse of the Abyss, as well as the astonishing, legendary entities known as primeval creatures. Prepare to glimpse the world of Riko and her friends.

Another story takes place many days after Riko and Reg depart for the Abyss. The world’s sole remaining, unconquered chasm, the Abyss, is the stage where many adventures are born…and disappear. Those who appear in these stories are mesmerized by the power of the Abyss and aim for the bottom of the netherworld. The story about to be told is of the adventures of a nameless Cave Raider in the Abyss.

Made in Abyss: Binary Star Falling into Darkness is set to release on the PS4, Nintendo Switch, and PC (via Steam) this Fall 2022 in North America and Europe.