Season 2 happening in a few days! 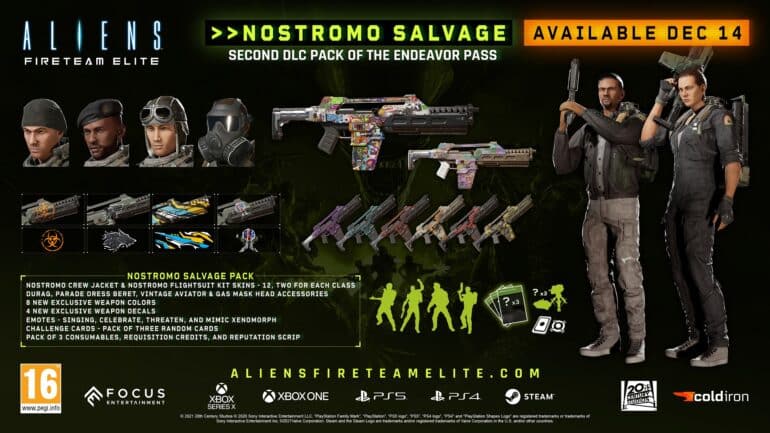 After the release of the game and its Season 1: Phalanx, this new upcoming season will have free bonuses for all players like the new mode called Point Defense. This is a fast-paced alternative to Horde Mode. This will challenge players in a new survival-based defensive match.

Players will need to protect, repair and hold three different strategic points via multiple attack waves from the xenomorph hive. Up to 20 rewards can be unlocked by just completing the mode at different difficulty modes.

Aside from Season 2 launch, the second Endeavor Pass DLC Pack (the Nostromo Salvage Pack) will be released as well. It will have over 20 exclusive items like the two Nostromo-themed class kit skin designs, four decals, eight weapon colors, four head accessories, four emotes, and many more.

Aliens: Fireteam Elite is also coming to Xbox Game Pass on both Xbox and Windows 10 on December 14, 2021. Players can cross-play between Xbox and PC platforms who install via the Microsoft Store version.