All Bosses in Kirby and the Forgotten Land

An overview on all the bosses in Kirby and the Forgotten Land. 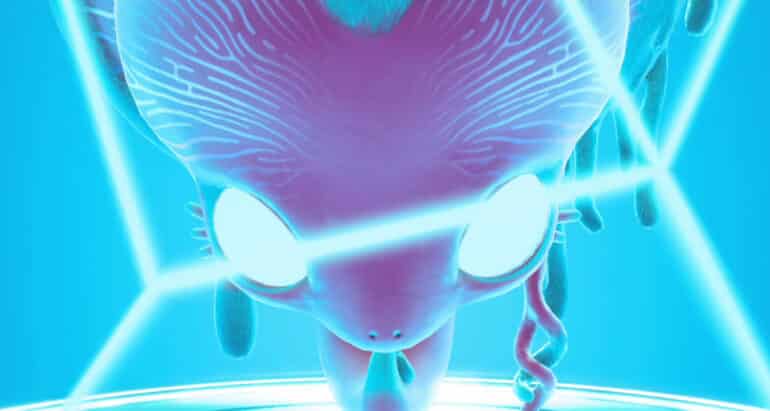 Kirby and the Forgotten Land contains some of the most iconic and difficult boss fights in the series, which are spread over the game’s numerous worlds. Kirby is on another adventure in its newest game, and this time, our pink squishy vacuum ball is out to save Waddle Dees from being captives of the bosses that rule the Forgotten Land, while also saving these bosses from the creature that seems to be corrupting them.

Along with these new bosses are some familiar folks that Kirby has fought against multiple times in the past. Additionally, you’ll need to become accustomed to fighting against them because, aside from their first appearances, several of them will appear multiple times throughout your whole playthrough.

List of All Bosses in Kirby and the Forgotten Land

When it comes to the bosses List of Bosses in Kirby and the Forgotten Land, each one is distinct, a blast to play against, and extremely hard at times if you haven’t leveled up Kirby’s Copy Abilities to their maximum potential. Additionally, there are certain secret bosses that players can encounter along the journey.

Here’s a list to all of Kirby and the Forgotten Land Bosses, with strategies for defeating each efficiently:

All Stage Bosses in Kirby and the Forgotten Land

Also known as the “Strong-Armed Beast”, this absolute unit of an ape is wearing a cage full of Waddle Dees as his bling. His arm swings, stomps, jumps, and boulder throws are the things you have to look out for.

His Phantom variant brings double the pain as he can move much faster and he can also chain his attacks, leaving you little room to react.

Tips on how to beat Gorimondo

Go for the ranged copy abilities like the Cutter ability and dip in and out of his swing range. If you do not like evading his arms, stay below him and wallop at his knees, but keep an eye out for his stomps and shockwaves. Going for the Ice ability negates the shockwaves if you time the shield right.

Also check out our full guide on How to Beat Gorimondo Boss Fight in Kirby and the Forgotten Land.

This tropical cousin of the Deku Tree wasn’t given the title “Unfriendly Fronds” for no reason. Tropic Woods will drop coconuts at you and blow you away with his breath. On his second phase, he literally can put up fences around himself to serve as protection and he can also attack with his roots and make obstacles with it.

His Phantom variant has some of its moves upgraded like his coconut drop, but the coconuts are now replaced with spikes, and his fence barrier which he can use to build a maze out of.

Tips on how to beat Tropic Woods

His blow attacks have a decently long wind up, so you can go with the Hammer ability, but going for ranged abilities wouldn’t hurt especially that he’s just a stationary boss. For ranged, go for the Fire ability for that sweet tick damage, or go crazy with the Bomb ability.

Also check out our full guide on How to Beat Tropic Woods Boss Fight in Kirby and the Forgotten Land.

The Lethal Leopard has tricks up her sleeves, and they’re sharp. Clawroline can give Kirby a not-so-fun and difficult time with her agility and her sharp claws. On her second phase, she will climb up a strut and either throw swords at you, or dive down on you with claws forward.

Her Phantom variant can do a teleport strike and can summon clones that can dive down on you in quick succession.

Tips on how to beat Clawroline

Going for the Ice ability is best for those who want to play defensively and patiently. Timing the ice shield as she dives can give a good opening for some punishment. You can also use the Ranger ability to snipe her down the struts, or you can suck one of her thrown swords in case you need a quick beat down.

Also check out our full guide on How to Beat Clawroline Boss Fight in Kirby and the Forgotten Land.

Another well-known villain to the franchise and Kriby’s arch nemesis, King Dedede is also back with his hammer in this game. Aside from his hammer smash and swing, you also have to look out for his two adds and his ground smash. On his second phase, he’ll pick up a pillar and use it as a huge bat to smash the ground and conjure shards of ice.

His Phantom variant can send spikes towards Kirby, while some of them can linger on the ground, sending out shockwaves of their own.

Tips on how to beat King Dedede

Take out his guards right away. Abilities with shields like the Ice and Sword abilities can help in tanking his ground smashes. You can also use the Cutter and Fire abilities to keep a safe distance away from him. Stay away from the cone shape fractures as he uses his pillar to whack the ground.

Also check out our full guide on How to Beat King Dedede Boss Fight in Kirby and the Forgotten Land.

This Armor-Plated Prancer will have Kirby dodging a lot during the fight with all the spinning and rolling that he does. He can also summon his makeshift dance partners on his third phase to make the dance floor a bit more busier and crowded.

His Phantom variant brings more spinning and rolling into the fight, and he can also throw his handmade Kirbys and use them as explosives.

Tips on how to beat Sillydillo

Go for ranged abilities like the Ranger, Bomb, or Cutter ability to keep a safe distance. When he starts rolling, focus on evading instead and wait for him to get dizzy before you start punishing him.

It’s King Dedede, but he looks like he got possessed by the spirit of Ganondorf. He wields two hammers instead of one for twice the smashing power. On his second phase, he drops his hammers and charges at Kirby on all fours. As if that wasn’t enough, he can also summon fire tornados.

His Phantom variant can throw his hammers like they are hammer tornados. He can even spin himself so fast that he turns himself into a tornado. He can also tip the arena into the lava below, so be careful on where you stand.

Tips on how to beat Forgo Dedede

Dodge or tank his tornado attack with your Ice or Sword ability, then wait for him to get dizzy before you start attacking.

The King of Beasts that has control over the creatures of the Forgotten Land, Leongar shows his prowess through his claw swipes and his jaw. On his second phase, he can send out slash waves towards Kirby, as well as belch out a huge hyper beam.

Later on, he will get possessed and turn into Forgo Leon. He will then gain the ability to smash the ground to send out bolts of lightning.

Tips on how to beat Leongar

You can stay close to his legs and time your dodges to avoid his claw swings. On the second phase, pay attention to the wave patterns to know if you need to jump or duck to avoid getting hit. Best to use a ranged ability for this to prepare for the stage immediately after this.

Leongar, along with various creatures, gets assimilated into an amorphous blob that chases Kirby down a hallway. It can lunge forward to use its jaw and throw blobs of slime. There are also other enemies that will attack Kirby along the hallway, adding a bit more challenge to the chase.

Tips on how to beat Fecto Forgo

Since this fight happens right after defeating Leongar, you will be using the same ability as before, so hopefully you went for a ranged ability so that you don’t have to go near Fecto Forgo.

Your companion Elfilis gets assimilated into the blob to turn into the Ultimate Life-Form Fecto Elfilis. It can shoot out shards of crystals form afar and use its spear to do dashing thrust attacks. On its second phase, it can even open up a portal to summon debris and throw it towards Kirby. That’s not even the craziest thing to go through its portal, but we’ll leave it at that.

It also has a Chaos form that has varied and upgraded attack patterns. It can also use its portal to move quickly across the arena, and it can also summon a huge avatar of itself to deal a wide sweeping attack.

Go for the Ice ability as it has both the defensive capability to tank the projectiles, as well as it provides a range attack plus the freezing effect to keep Fecto Elfilis grounded.

All Colosseum Bosses in Kirby and the Forgotten Land

Kirby’s long time rival, Meta Knight comes in again and challenges our pink squishy MC to a sword fight. As a true masterful swordsman, he never misses a beat with his swings and thrusts. On his second phase, Met Knight can summon a bunch of boulders to rain down on the arena, and he can also bombard sword slashes from up in the air.

His Phantom variant moves much faster and is more unpredictable. He can also summon a clone of himself to do a flanking attack.

Tips on how to beat Meta Knight

Make sure that you have upgraded your sword ability so that you can deal enough damage, as well as tank his incoming damage with your shield, especially the sword slash barrage.

The Fluttering Dream Eater was made from the assimilation of Soul Forgo and a butterfly. It’s as skilled as Meta Knight with its swords, plus it can summon fire tornados and make its sword big – even summon another huge sword to sweep the entire arena.

Tips on how to beat Morpho Knight

Pay close attention to its tells when it is about to use its huge swords so that you can dodge accordingly. Try to avoid getting hit by its confusion attack as it has the ability to disorient you by literally turning your vision sideways.

Additional Tips for Boss Fights in Kirby the Forgotten Land

You’ll have a higher chance of defeating each boss if you equip a Copy Ability beforehand. Copy Abilities are more powerful and easier to utilize than Star Spits. Make the most out of this opportunity by selecting the right skill set.

Find Out How a Boss will be Affected by Copy Abilities

When utilized against specific bosses, some Copy Abilities have additional effects. When you use the Ice or Blizzard Ice Copy Abilities, for example, you can freeze the Strong-Armed Beast Gorimondo. If you’re having problems defeating particular bosses, experiment with alternate skills.

Those are all of the major bosses that Kirby has to face on his journey through the Forgotten Land. They will definitely put up a fight, but Kirby can definitely take them on.

If you like this guide, check out our other Kirby and the Forgotten Land articles:

Check out this video by Boss Fight Database that showcases all of the Kirby and the Forgotten Land bosses: