Among Us Halo Collaboration Teased by Publisher InnerSloth

Spartan 117 has entered the room 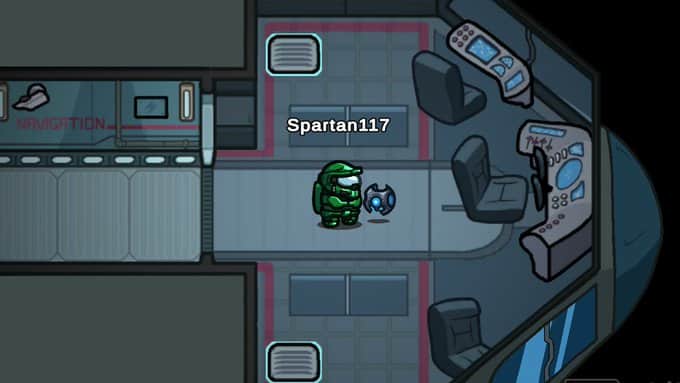 “That’s pretty sus,” said Red as he looks in the direction of Spartan117. Recently, developer InnerSloth tweeted an image that appears to show a crewmate donning a skin of Master Chief’s armor. The crewmate is also accompanied by a Monitor pet which is hovering nearby.

It would seem like Among Us may be partnering up with Xbox’s premiere franchise – Halo.

Since the Tweet went up, the Xbox, Halo, and Xbox Game Pass official accounts have all responded. This gives further reinforces the possibility that the crossover might actually come true.

Though no details were revealed about the collaboration. We don’t even know how players will be able to obtain the cosmetics in the first place. But seeing as close as these two are in the Xbox Game Pass ecosystem, it shouldn’t be too much to make something happen. Even if it could just mean a handful of cosmetics.

Now, does this have anything to do with the new Paramount+ Halo series? We don’t know yet. What we do know is that this has the potential to draw in more Xbox players to give Among Us a chance.

Among Us is already available on PS4, PS5, Xbox One, Xbox Series X|S, Nintendo Switch, mobile, and PC.