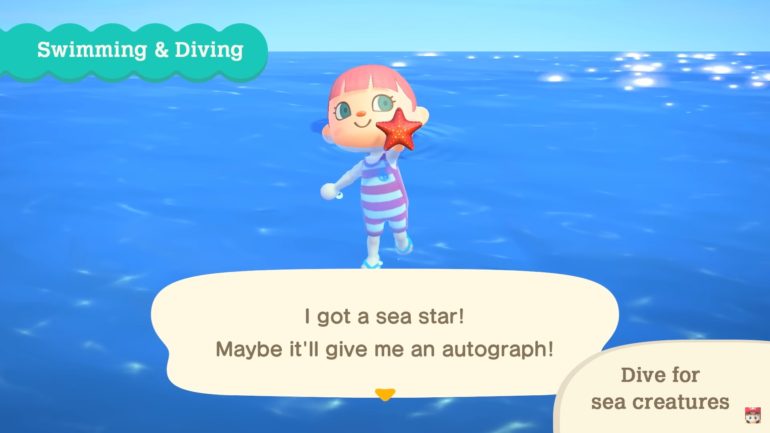 Before this upcoming update, players were not able to swim. This time around with the new free summer update, players are able to do so and dive for sea creatures. They will also see a familiar face in the sea, which is Pascal the red sea otter. He will be offering goodies for the sea creatures they have gathered. These items include DIY recipes for mermaid furniture items, which looks like from The Little Mermaid. Gulliver has also washed up again on the shores with pirate clothing on him.

Cool off this summer by diving into the Animal Crossing: New Horizons free Summer Update – Wave 1, arriving July 3! Put on your wet suit to dive and swim in the ocean, and even meet a couple of new characters! Stay tuned for info on Wave 2, planned for release in early August.

The free summer update will be coming on July 3 for the Nintendo Switch.