Apex Legends’ Horizon is one of the best 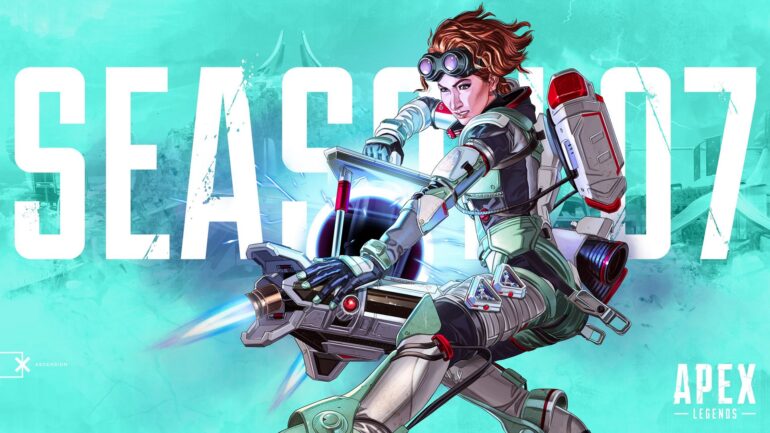 The Apex Games has started its latest season and Respawn Entertainment probably delivered one of the best new Legends to date. Apex Legends, the popular squad-based battle royale game, just began its seventh season called Ascension. As it spurs a new open, vibrant floating map called Olympus, the Legends fight it out to be the next Apex Champions.

Let’s put Olympus aside and talk about Horizon as to why she’s simply the best newest Legend in the Apex Games.

First off, a tragic backstory. Dr. Mary Somers, a.k.a Horizon, ventures through space with her apprentice, Dr. Reid, to retrieve this element, called the Branthium, that holds the key to limitless energy. As she set out to the black hole to get the Branthium, successfully passing it back to Dr. Reid, Horizon was then betrayed by her own companion, leaving her stranded in deep space millions of light-years away from her son. She found a way to escape the endless void of space by going through the black hole. However, time clocks differently in a black hole thus bringing Horizon 87 years later back to Olympus. She was already too late and her son was long gone. Her home, now set as the newest grounds for the Apex Games, Horizon decides to join the Legends in this deadly fight for the crown.

Classified as an Offensive Legend type, Horizon can defy the laws of gravity, bringing you and your team at better vantage points and positioning to take down enemies. “Gravity Lift”, Horizon’s Tactical Ability, can be exploited in different ways — for the means of escape, stall enemies from chasing you inside buildings, and use them to bring enemy Legends up in the sky for some free hits. It fits perfectly when you want to rush into a fight with better flanking options. And the great part of it is you only have to wait 10 seconds for the ability to cool down.

A master of gravity wouldn’t be a “master” if she doesn’t have Spacewalk, Horizon’s passive ability. Falling from insanely high platforms or structures will not have any impact when she hits the ground, making her inadvertently mobile.

A Legend wouldn’t be called a Legend without their ultimate abilities. Horizon uses her robotic companion called NEWT to spawn a micro black hole to pull enemies into its center. This ultimate gives Horizon the ability to see enemies when they’re sucked into the black hole, even slowing everyone down when they’re within the radius that makes them an easy target.

I didn’t expect Horizon to be this deadly and agile. During her first-ever trailer reveal, Horizon’s abilities from a viewer’s perspective looked to be more of a support class Legend than an Offensive one. That wasn’t the case. Horizon ended up as a great addition to every squad out there this season when you need an attacker Legend. The abilities fit so well with how open the new map is and it feels so natural.

I’m having fun playing as Horizon, doing insane moves with the Flatline and Volt in mid-air, and rushing into gunfights without the fear of getting knocked down as I have the Gravity Lift at my disposal. As an Apex Legend player who loves instant action, I never had this level of excitement since Octane and Revenant’s debut.

Apex Legends is now available on PS4, Xbox One, and PC (Steam and Origin).