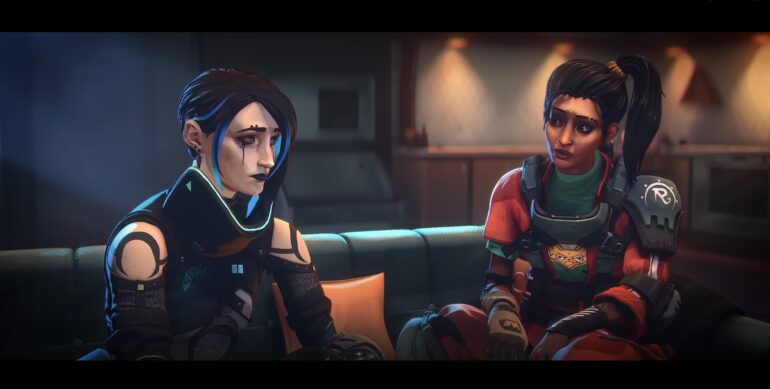 The new character to join the roster of Apex Legends is Catalyst. She is also known as Tressa Smith who is an “experienced terraformer and defensive conjurer who uses remarkable control of ferrofluid to manipulate the battlefield.” A new short video called Last Hope was also released showing her and her companions that are trying to save Cleo, one of the Boreas’ moons. They are arguing about how they were going to do it though.

One of Tressa’s friends really wants to save Cleo but the others would not listen. The two stayed together and talked more about Tressa’s transition and more. They then drum up a plan to destroy the base they were looking at while on top of a hill but that gets them into trouble.

Season 15 of Apex Legends is called Eclipse which will introduce Catalyst and tons of new stuff. There will be a new map, which is possibly Cleo as it has been mentioned a lot in the trailer, the Gifting mechanic, and a few more new contents.