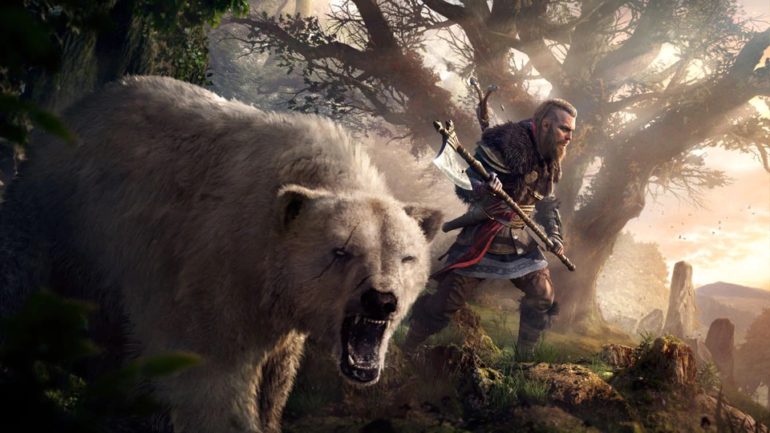 Assassins Creed Valhalla has become one of the fan favorites already after it was revealed just recently. The Viking era is such an interesting time to be in and the idea of raising a settlement on Dark Ages England is going to be lots of fun. Raiding, pillaging, and making sure your settlers are all fed and healthy is going to be one hell of a task, but fulfilling as well. The story, however, is where some are kind of confused on how it will all mesh in smoothly.

Assassins Creed Valhalla story to blend in naturally with other games

The narrative director revealed that Valhalla’s story will continue the ones that started in Origin, and how it continued then in Odyssey. They are going to use that continuation and build on that in a big way. So it is sort of a bridge between two games. They also want that the lore from all games will connect seamlessly down to the small details. They want their fans to easily connect the dots and can easily determine the connections from one game to another even if it is from an old title.

McDevitt promised that the connections will not be mere mentions or Easter Eggs that will only cheapen it. The world of Valhalla and the narrative will make sense and have strong connections to other titles of the franchise. He even stated that the players who will 100% complete this game will have to take a few weeks to match together all of the knowledge he has learned from it because they have put a lot of details.

Valhalla will be a good climax of the story that has been told so far. McDevitt clarified that he did not want to give the impression that this is the last game. Whatever he meant, hopefully this is not the last of the grand franchise.

Assassins Creed Valhalla will launch sometime this holiday 2020. It will be available on PC via Epic Games Store, PlayStation 5, PlayStation 4, Xbox Series X, and Xbox One.