Save a dying world and save humanity from legendary monsters that hunt them. 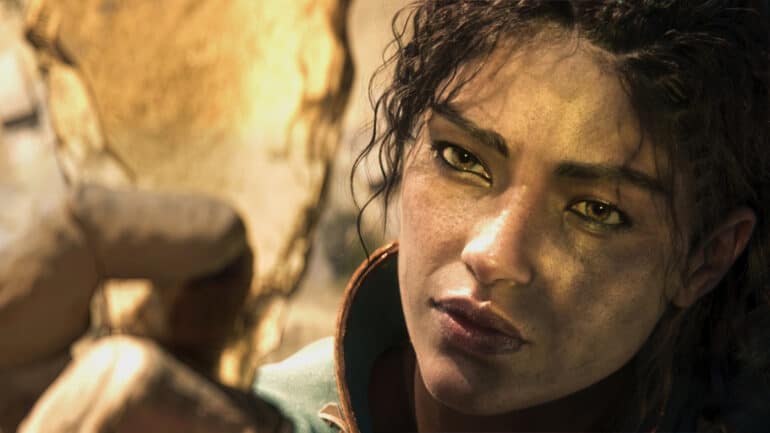 Atlas Fallen was recently unveiled during the Gamescom Opening Night Live 2022 by host Geoff Keighley. The game takes players to a semi-open world full of ancient mysteries and threats. The game will be available on PC, PS5, and Xbox Series X/S next year 2023. A new trailer was revealed together with the announcement, sharing a sneak peek of the game.

Save a Dying World

The video features two mysterious fighters that battle legendary creatures with sand-infused weapons. Aside from cinematics, it showed short gameplay footage of the game featuring the sand gliding mechanic traversing the lands filled with sand. The world has changed so much after a world-changing event involving gods.

Players will be hunting legendary monsters using powerful, shape-shifting weapons, and devastating sand-powered abilities. Combat is fast-paced and abilities are super-powered. Players can play in cooperative or solo story campaigns.

Atlas Fallen will be launching in 2023. It will be available on PC, PS5, and Xbox Series X/S.