Beta impressions of Back 4 Blood 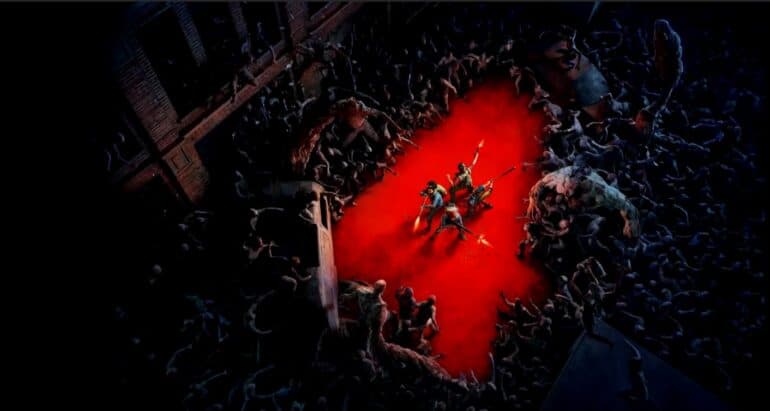 Back 4 blood is a thrilling cooperative first-person shooter from the creators of the critically acclaimed Left 4 Dead franchise. It is an online multiplayer FPS shooter game where players team up as a group of 4 survivors and fend off waves of mutated zombies using any means possible including guns, nailed bats, machetes and more. Recently, we at Sirus Gaming have managed to get free codes of the early beta access and we experienced some unexpected developments with the beta access.

Back 4 Blood already feels like the Left 4 Dead series learned how to count to three. You don’t have to squint hard to see the places where the game lacks some Valve-like magic, but it’s not enough to spoil the bloody good times. The game feels like something approaching a worthy sequel, thanks to a ramping up of engine tech, its power-up card system, and tweaks to humans-versus-zombie PvP combat.

In terms of controls, there were some unexpected problems I experienced in the game, especially on the PS4. While in menu, there were parts where I had a hard time trying to exit off screen, as well as selecting the options that I want to access. I find this to be very irritating as there were times I had to press either my touch pad or the start button to exit. Another problem I came across was with the auto-lock aiming. In the game, when trying to focus on to zombies, an auto lock feature would kick in, targeting the zombies automatically. This was very annoying since it made the camera and control functions very sensitive. Not only that, there were times when I was aiming and I would accidentally lock onto my teammates, causing unnecessary friendly fire.

Internet connectivity is an important aspect to this game since it was announced day 1 of its development, namely that the game will be more focused on online gameplay and will have no offline mode. In my experience playing the game, internet connectivity was very spotty. There will be times where the game will experience unexpected lag spikes when the connection was bad. And if you are doing missions and connectivity is very poor, players will be booted out instantly. Players should pay attention to this detail very closely, or else they will experience difficulty in progressing through the game.

The mutated zombies and the hordes are truly gruesome in the game as they both bring life to a survival zombie shooting game. Each of the zombies were very challenging and agile and there will be times that even certain obstacles like a flock of birds and car sirens will attract hordes of zombies coming out of nowhere. Mutated zombies such as Reekers, Stingers, and especially giant Ogres were tough defeat. But each of them has a distinctive weakness that required accuracy on the part of the players. It is the key to defeating them. Overall, the zombies’ different classes or types makes up for the jankiness of the game.

The Card System is the backbone of Back 4 Blood, so pay attention to it and engage with it as often as you can. These cards give you different boosts, skills, and more. Equipping the right cards to fit your playstyle is key. If you’re going to be a support class or medic, get the cards that will let you carry more grenades, bandages, and first aid kits. If you’re going to be an assault gunner, cards that increase your ammo count or decrease your reload speed. Also, keep an eye on the corruption cards that can make your game tougher, just so you’ll know what to expect.

Weapons choice is also important as players can mod their weapons by either purchasing them from safe houses or by scavenging parts around the map to have higher chances of survival.

Overall, in my opinion, Back 4 Blood is a good game but will need a lot of improvements before releasing the full game on all consoles. I highly recommend that this game should be played more on PC rather the PS4, PS5 or Xbox since this game feels like it was made specifically for PC players. Also, there are certain bugs that are need to be addressed on console. If these bugs are not properly fixed, the game might experience some unexpected problems in the near future especially for console players like myself.

The full game will be out on October 12, 2021 for PS4, PS5, Xbox Series X|S and PC. More info about the game can be found on their main website. I advise players to watch gameplay clips carefully and other bits of info on the game and see if this game is worth playing.