Back 4 Blood Children of the Worm DLC Expansion 2 Announced 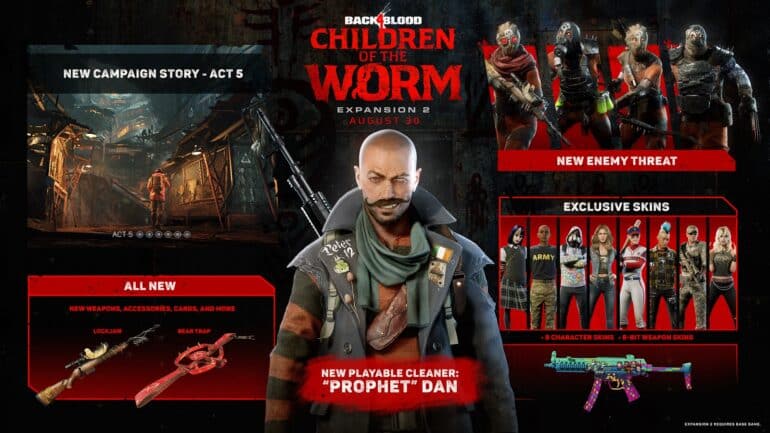 Back 4 Blood Children of the Worm Release Date

Prophet Dan Joins the Cause

Children of the Worm features a new story campaign that will put players into an epic showdown with a fierce new enemy threat. This also introduces a new character called Prophet Dan. He is a gun-toting, self-proclaimed preacher of the end times, who joins the Cleaners roster in order to save humanity.

The expansion will have eight exclusive character skins and 12 exclusive weapon skins. It will add new weapons, accessories, and cards.

Children of the Worm is an expansion that will follow the previously released Back 4 Blood Tunnels of Terror DLC expansion, which is out now for purchase and download.