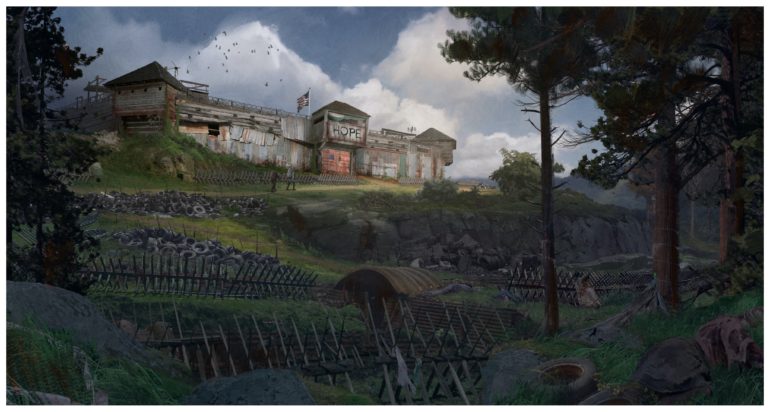 The official Twitter account of the game studio added a new post yesterday with the concept art image attached. The caption states, “Getting to this 4th of July has been tough on all of us, so we wanted to give you a sneak peek and a bit of Hope.”

The image shows a somewhat boarded up fort on top of hill and the banner HOPE placed above its gate. Below the fort are fortifications and traps that surround it from all sides. This feels like a zombie game with survival and base building in mind just like State of Decay or other similar games.

Last year, Turtle Rock revealed they were working on this new zombie game, which will be a next-gen cooperative first person shooter. It was promised that players will be able to shoot up a lot of zombies like in their previous games Left 4 Dead. There will some new additions for the new game of course to make it unique.

The upcoming new zombie game will be launching on PC, Xbox One, and PlayStation 4. No release date yet revealed.