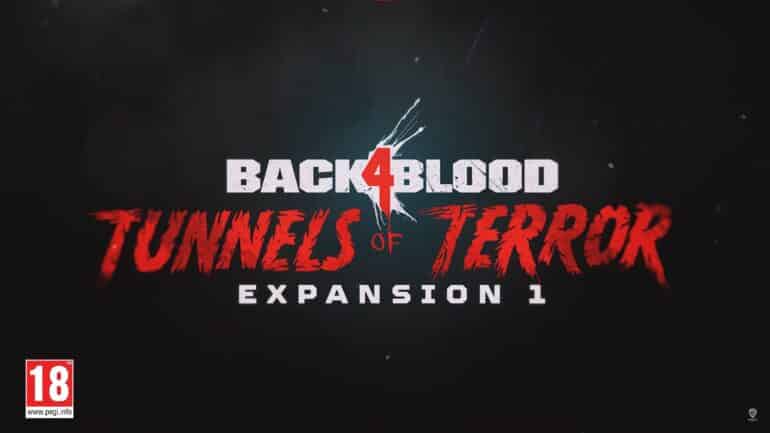 Expansion 1: Tunnels of Terror is the first major downloadable content for the popular first-person co-op zombie shooter Back 4 Blood. It is set to launch on April 12, 2022.

The first of the two new playable Cleaners in the upcoming expansion is Sharice, an axe-wielding firefighter known for her defensive prowess. She can take on a lot of attacks from the Ridden and still survive them to patch up afterwards. Best for those who love to take on the frontlines with melee or short-range firearms. Has Armor Plate buff that has trauma resistance and increases team health.

The second playable Cleaner is Heng, a tough as nails, no-nonsense restaurateur who knows his way with the knife and can slice up Ridden with it easily. He can sense nearby Hive entrances, can sense gear through walls, and can re-use team accessories.

There are three new Ridden to eliminate in this expansion. Players will be facing off the Warped Ridden, the new type of monsters to kill. These Ridden include the landmine-setting Urchins, horrifying Shredders, and the damage-dealing Rippers. These are also available to be playable in PvP Swarm mode and can be earned.

The Ridden Hive, in familiar terms, is a small dungeon where players can explore and get powerful new weapons if they survive. They are cavernous depths below Evansburgh. They will also be infested with the new Warped Ridden.

The Tunnels of Terror expansion offers tons of new stuff other than the ones mentioned above. It includes seven new legendary weapons, eight exclusive character skins, 12 new weapon skins, new cards, and much, much more. The expansion will launch together with the new No Hope difficulty, which is a free update for all Blood 4 Blood owners that will add a new extra level of challenge. All of the playable content that is included in the expansion will be accessible by all players in a party as long as one of them has purchased and installed said expansion.

Back 4 Blood is now available on PC, PS4, PS5, Xbox One, and Xbox Series X/S. Expansion 1: Tunnels of Terror will launch on April 12, 2022 as part of the Ultimate Edition, Deluxe Edition, Annual Pass, or via standalone purchase.