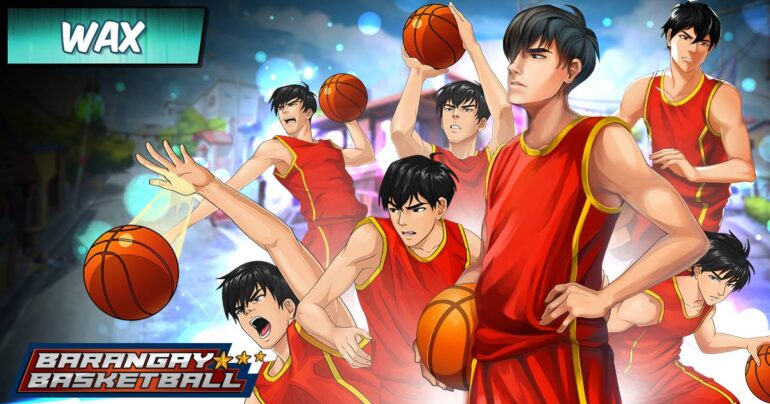 Barangay Basketball is a game developed by Synergy88 Digital for the Android platform. The game features a story about a boy named Wax, setting off on his quest to be the best basketball player in his place and in order to do this, he has to train under different basketball masters. 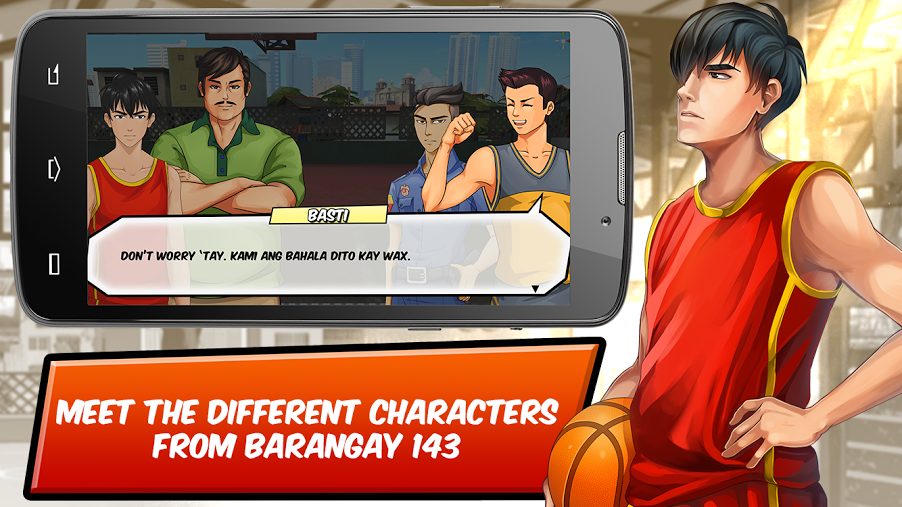 Barangay Basketball is a game that, just like almost any other mobile game, requires “energy” to play each mission. The game is a type of game that you can just pick up and play, however the game does need internet to save your progress, which is quite frankly a letdown, but it doesn’t need internet to be played. As far as Ads go, gladly enough, the ads aren’t much of a problem as compared to other mobile games.

Now I won’t dally further and I’ll head straight to the review with the game.  I’ll start with the things that impressed me. One thing is for sure, I was impressed about how the game looked really good. For a mobile game to stand out, one of its requirements is for it to leave an impression. This requirement can be nailed even by looks alone.  Animations are nearly smooth. I say nearly because there are moments when character animations were a bit awkward to watch. Nonetheless, it isn’t much of a take away. The art of the game, down from how the game characters looked in 3D (which was pretty much faithful to their 2D representation), was this games strongest asset. If I had to give a rating to it, it would easily be a 7.5.

The game features a story. It’s pretty simple, nothing too complicated like an RPG, and it’s pretty obvious that we are playing the said anime’s story from which this game derives itself from. You read it right: Anime. When you play Barangay Basketball, not only are the characters pretty anime-ish, its introduction tutorial, story, art, all of it is very anime. There are only two things that are, which are pretty much a nitpick for me, which I treat to be takeaways.

Second are the dialogues. First I was surprised that the game was in Tagalog, and it is indeed a good thing that the game had a language option in its settings, but I wish that English was its default language. After all this is a game that is being sold in the Play Store, where individuals from all over the world could just easily search for the game and download it. 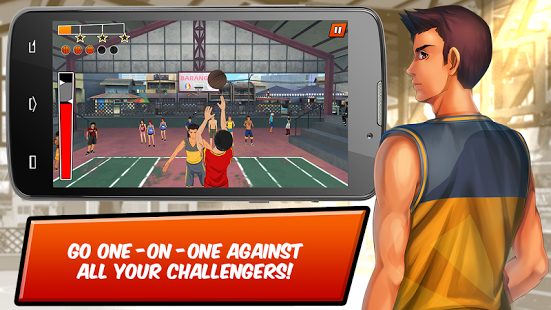 Now while I do understand that the game was going for a light-hearted theme, however, most of the game’s dialogues that tried to aim for humor was delivered pretty weakly and only came off being pretty cheesy, as cheesy as the game goes where-in its story missions involves teaching you to dodge by shooting arrows at you, the delivery of the dialogues was pretty cheesy even for the game. Do take it into account that these are personal nitpicks and not necessarily a major blow within the game’s story.

Now, let’s get into the gameplay. As I’ve said before, for a mobile game to truly standout, it has to leave an impression. While you can achieve this through looks, most of the time, this is achieved by gameplay, and if I have to be honest with the game’s gameplay, it doesn’t quite hit home as I wanted it to. Mind you, I didn’t say the game sucks, to me, the game just came off bland.

In mobile games, while there is a consistent style of copy-pasting themes from one game, there is also a constant strive to build off from one game to another, continuously trying to introduce something new to a game that you can probably see ten times over and over with different re-skins of itself, and this is where its competition lies. Mobile games try to introduce something new to an overly copied theme, and hoping that it gives a strong impression. Now going in to Barangay Basketball, while it did try to be unique with its gameplay as it derives its mechanics from a more dissected version of basketball, it didn’t quite strike home as it somehow came out bland.

Being a sports themed game, I expected the game to be more dynamic, more active and more engaging rather than leaning the QTE(Quick Time Event)-like style of playing. Some of the mechanics didn’t even make much sense. I was hoping it would introduce to us whatever the anime has in store for us, giving us a taste of what it’s like to be in an anime-themed sports genre game.

Barangay Basketball is a decent game. While I did pick on its gameplay, never did I state in my review that it was bad; rather it didn’t just stand out that much to me. I guess what I’m trying to say is, it could’ve been more. Is it because it’s on mobile?  That shouldn’t be the case since mobile games are a rapidly growing sector in the gaming industry. I feel that Barangay Basketball could’ve hit the jackpot here, had it put in more inside it. It’s not too late though. The game looks good, easily one of the good looking games I’ve seen, and since this game is fairly new, I am hoping that down the road Barangay Basketball will improve itself.

This review is based on the app that is currently free on Google Play Store.