This is a first for the Battlefield series. 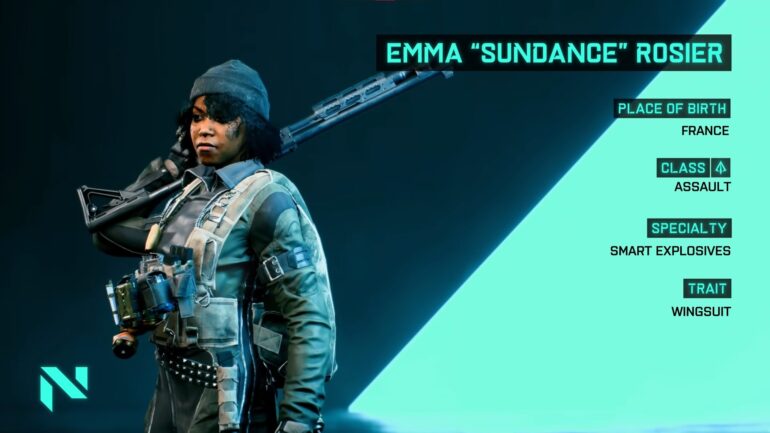 Electronic Arts has officially confirmed a Battlefield 2042 non binary character and this is a first for the game series.

It was recently confirmed by EA that one of the specialists in Battlefield 2042 is a non-binary character. They are called Emma “Sundance” Rosier. They were recently noticed after one fan pointed out that a description of the character used they/them pronouns.

It was Lead Community Manager of EA Dice Adam Freeman who made it official after the fan shared the post on Twitter recently. “Yep. Sundance is non-binary and uses the Pronouns They/Them,” he confirmed.

Sundance is an Assault Specialist that uses a wingsuit to traverse the battlefield. They also use Smart Explosives to take out enemy aircraft.

Some fans have also pointed out that Sundance is black and that their hair is the same as theirs. Some games cannot get this right in the past, but it seems EA Dice has made it a good version here and everyone approves.

The new playable characters are actually quite diverse and represent several races. Santiago “Dozer” Espinoza hails from Mexico, Navin Rao is from India, Ji-Soo Paik is from South Korea, and Constantin “Angel” Anghel is from Romania.