Upcoming new season is getting the game overhauled with tons of new content! 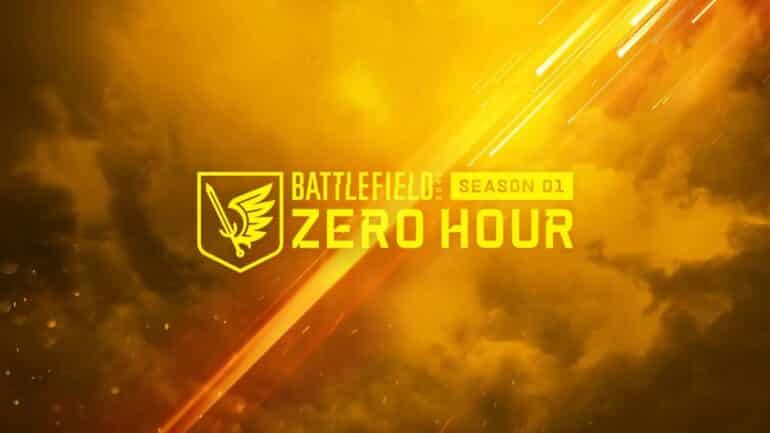 According to the game company, players will expect a lot of new content with Season 1 Zero Hour. It offers stealth helicopters, a mountainous map, a new vehicle destroyer Specialist, new weapons, and a new Battle Pass.

There will be two new stealth helicopters joining, which are the RAH-68 Huron and the YG-99 Hannibal Gunship. They are equipped with radar deflection abilities, which makes them invisible to scopes together with a variety of other defensive capabilities. For players who want to go full stealth, better get the Ghostmaker R10 Crossbow that offers lethality and silent movement.

Certain maps will have significant revisions in order to help improve traversal, cover, and flow of battle. One of the first maps will be Kaleidoscope, which will be released in August 2022. This map will have more cover options in order to help break sightlines and other assets to improve the destruction events in the environment. Also expect a new forward operating base near the park and a second command post near the tower.

Renewal will be getting a big overhaul too later in Season 2. A and E sectors will be removed, which will make players focus more on the map’s center instead. The security checkpoint will now be connected to the Synesco Buildings, which will now offer more cover. The Solar Section gets an overhaul to add more cover to help make the area feel more entrenched.

Size of Battles Downsized for the Better

The biggest change will be the size of battles. Instead of 128 player game modes, and instead the current and future maps will have 64 players. Original maps will still have the 128 player game modes, but the future maps starting in Season 2 will not have this feature. There will be more improvements to Specialists, have better animation, weapon balancing, and improved performance.

Season 1 Zero Hour will feature a new map called the Exposure, which has a lot of vertical terrain with the Canadian Rockies as its backdrop. It offers a mix of hectic ground-to-air combat and close quarters battles.

There is a new Specialist called Ewelina Lis. She is a vehicle destroyer Specialist and will join the No-Pats. She has a rocket launcher and can fire player-guided projectiles. Her trait, Armor Hunter, offers critical battlefield intel on damaged vehicles.

Battle Pass will feature access to a variety of weapons, vehicles, and cosmetics. The Premium tier can be purchased for $10 USD and it will unlock Skins, Weapon Charms, Takedowns, and more. For freebies, players can just play the game to progress through the Battle Pass.