Battletoads Gains Over One Million Players since Launch 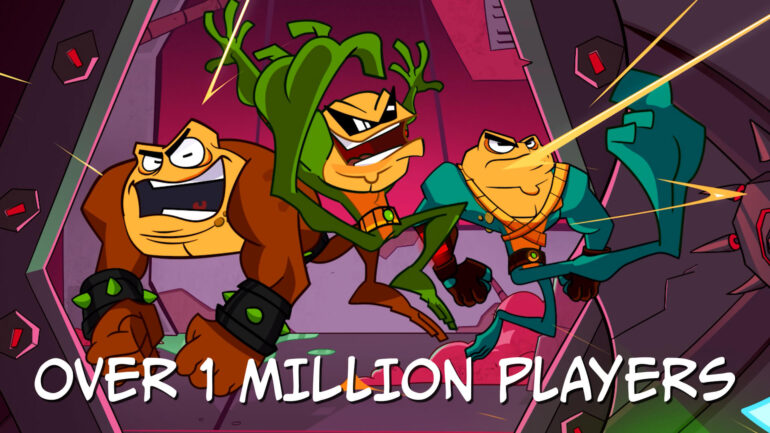 Game publisher Rare and developer Dlala Studios has announced that after two months since video game Battletoad’s launch, it has gained over one million players.

Since the game’s release with Xbox Game Pass and Xbox One, Windows 10 and Steam last August 20, the developers have been keeping an eye of the feedback from the critics, journalists, and the gaming community at large.

The team loved the reaction from players who enjoyed the nostalgia trip and sharing their experiences online with others. They also watched tons of content that many creators have shred online. They also congratulated the players who finished the game on Battletoads difficulty and even picked up the full 1000 gamerscore.

Here are some of the other stats that the developers shared:

As part of the trio’s mission to save the galaxy they’ve collectively died 80,037,506 times, more than half of which were turbo bike crashes. Some things never change! On the flip side, team players have managed to step in and revive their fellow ‘Toads 2,880,267 times, sweep up an enormous 8,677,560 collectibles along the way and tear through enemy forces so ferociously that first level boss Porkshank alone has taken a total of 1,562,508 beatings. Players aren’t being slouches about it either – the fastest full game speedrun recorded so far (‘Tadpole’ difficulty, 100%) clocked in at an astonishing 1:38:51, set by Fuzzyness in the Game Pass for PC Battletoads Speedrun Challenge!

Battletoads is now available on PC and Xbox One.