10 Best Bosses in the Yakuza Franchise

Here are the 10 best bosses in Yakuza. 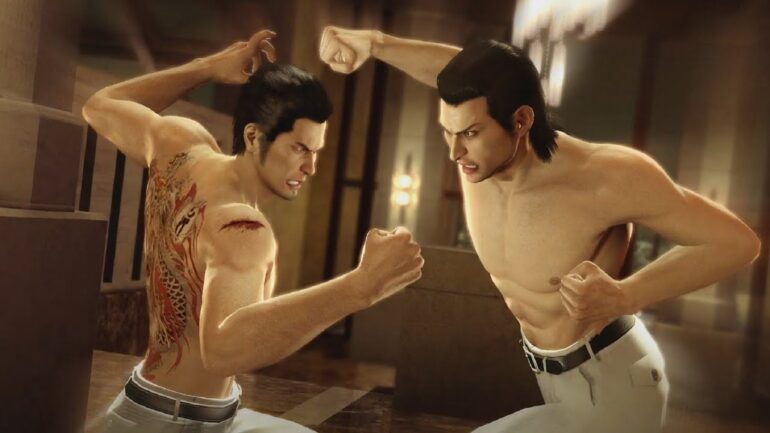 Ryu Ga Gotoku, or Yakuza if you will, has some of the most intense fights in gaming history. How bombastic, emotional, and dynamic these fights can be is what set it aside from other action games of the same genre.

For this list, we’ll be taking the fun, the context, the emotional weight, and the music into consideration as we list off the best bosses in the Yakuza franchise. Spoilers ahoy!

One of the most testosterone-filled fights in all of history involves two men beating the ever-living shit out of each other on top of a construction site despite both being nearly dead. What sells this fight is the soft piece of intense piano music playing in the background ironically giving a serene peaceful feeling.

Both Kiryu and Ryuji believe that this moment is their last and savor it by having one last brawl to decide who’s the real dragon. The weight of the fight and the peaceful piano music only cement that Ryuji Goda is one of the best bosses in the Yakuza franchise.

Masato isn’t the toughest fight on this list. In fact, one could say even in the hardest difficulty he’s quite easy to dispatch, especially after the incredibly tough Tendo boss fight. What places him on the list is the context and emotional weight of the fight as Ichiban brawls against someone who he has served faithfully. For most of the game, Masato is living his fake identity, Ryo Aoki the governor of Tokyo. But for this fight, he’s introduced as Masato Arakawa with no titles.

The sad music that plays in the background is epically memorable and equally depressing. Despite adopting a JRPG stance for Like a Dragon, whatever job you selected for Ichiban is reverted back into his Freelancer job for a fisticuffs with Masato.

Nishikiyama is Kiryu’s blood brother who entered the Yakuza life with him. It’s hard to imagine having to fight someone you grew up within an orphanage and it’s definitely harder with the knowledge that only one of you is going to walk out alive. The flashbacks that occur during the fight are something wholly unique to this scuffle and will never be seen again on succeeding entries.

For those who came from Yakuza 0 before Kiwami, we’d recognize Nishikiyama as Kiryu’s most loyal confidant who’s at his side even in the worst of circumstances. And this gives the fight a depressing weight that almost makes you wish it never happened.

Kuze is a die-hard old fashioned yakuza that can come off as someone who’s easy to hate. But throughout repeatedly fighting him, there’s no denying the growing respect on how this old man just doesn’t give up. He could symbolically represent Kiryu’s growth as his frequent encounter repeatedly tests Kiryu’s resolve.

The intense rock music playing in the background as you two duke it out is probably one of the most iconic themes of the franchise. The piano reprisal during his final encounter oddly makes one feel sad at the knowledge that this is the last fight you’ll have with him.

The final clash in Yakuza 3 ends spectacularly with Mine. Even though in my opinion, Yakuza 3 was a challenging game to bear due to the enemy AI constantly blocking and the story feeling like a soap opera than a crime drama, fighting Mine almost makes it worth it.

Mine is one of the harder bosses on this list and can give Kiryu a run for his money. He is also the very first boss to have his own dynamic entry in the series. The piano that builds up before the rock music makes this fight all the more epic. Mine is undoubtedly one of the best boss fights in the Yakuza series.

In a series filled with buff men, Hirose stands out for having a short rounded physique. Don’t be fooled, this old-timer isn’t scary because of his muscle, he’s scary because of his experience. As an assassin, he’s implied to have a large body count that contrasts with his fun and approachable appearance.

Hirose is harder to beat than the final boss, who was unfortunately pathetic in comparison.

Fighting the previous protagonist of the main entries is no easy task, especially if said protagonist is Kiryu Kazuma himself. I remember playing the game against him, and he’s the only boss I had ever taken a real loss in…repeatedly (exception with Tendo’s cheap one hit KO shot). Even Majima and Saejima couldn’t push me to a game over.

The remix of Kiryu’s theme and the fact that he can kick your ass without even going after your female party members is really a good indicator of the difference between strength of the old and new protagonist.

Like Ryuji, the fight with Keiji Shibusawa is filled with testosterone. But unlike the former’s emotional fight, Shibusawa gives you a fight of raw power consisting of everything you learned in the game. The changing environments even go as far to reflect three of your main fighting styles.

Majima has always been fun to fight against. But there was never really a sense of seriousness and catharsis to his boss fights than his fight against Taiga Saejima his own blood brother on top of the Millennium Tower.

Being captain of the Arakawa family isn’t an easy position to hold. And Captain Sawashiro certainly makes that clear by being one of the suavest boss fights in the series. His dynamic intro has him laughably toying with Ichiban and switching up weapons fluidly throughout the fight.

And that’s it for the best bosses in the Yakuza franchise. While the boss fight you find the most memorable might not be mentioned in this list, that doesn’t mean they are bad. It’s just that there are far too many amazing bosses in the Ryu Ga Gotoku franchise to have room for all of them.

If you’re interested in playing Yakuza for yourself, did you know that Xbox Game Pass offers most entries on their library? You can check here for the best games on Game Pass.