Bloodstained: Curse of the Moon 2 Announced for PS4, Xbox One, PC, and Nintendo Switch 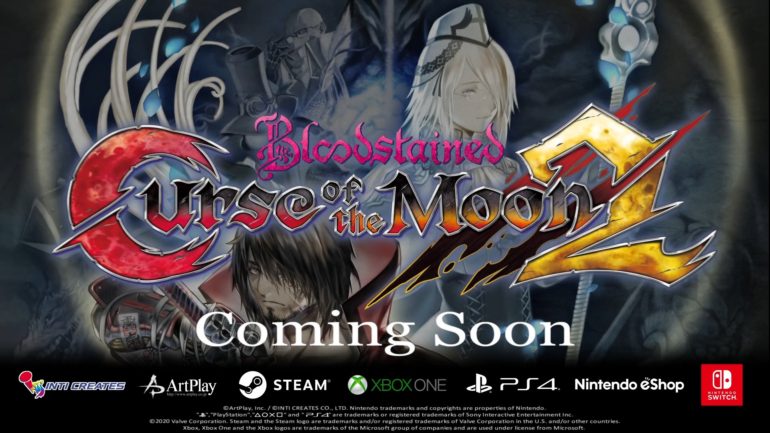 INTI Creates and Koji Igarashi recently presented a brand new trailer that featured some content of the next sequel. This is the next chapter to the original game that launched together with the main game, Bloodstained: Ritual of the Night.

Curse of the Moon 2 is a classic 2D action and a dark, 8-bit aesthetic together with modern playability. This will have an epic new story supervised by IGA himself. Players will take control of Zangetsu, the protagonist of the original game and a swordsman who hates demonkind and the alchemists who summon them.

Zangetsu will be assisted by three new characters like Dominique, a mysterious exorcists affiliated with the church and uses a spear to fight. Another is Robert who is a skilled former soldier with a hatred of demons and grudge against the church and uses guns. The last character is Hachi, a Welsh Corgi who was used by an evil alchemist in an experiment to pilot a set of magicked armor.

The game has no specific release window for now, but it will launch on PlayStation 4, Xbox One, PC, and Nintendo Switch.