Bugsnax Coming to Steam Next Year

Steam is now getting this awesome game next year. 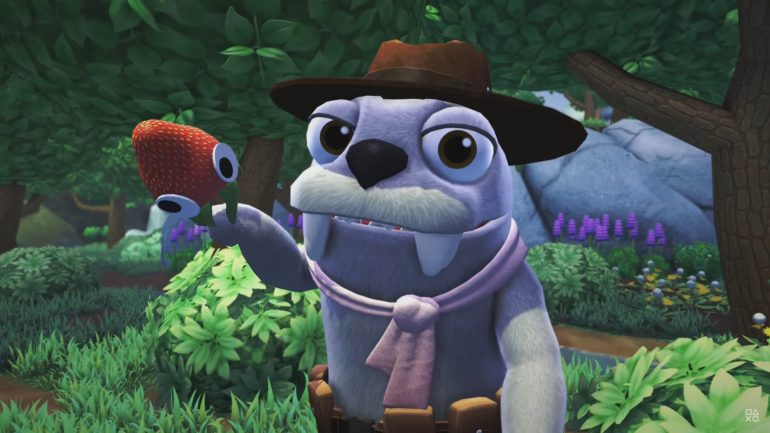 Game company Young Horses is excited to announce that the critically-acclaimed vide game Bugsnax will be released on Steam sometime next year.

“We’re buzzing with excitement to serve up Bugsnax to a new audience on Steam!”, says Kevin Zuhn, Creative Director/Writer at Young Horses Games. “We’ll have some meaty news and a few juicy surprises to get people talkin’ bout Bugsnax again later this year.”

Bugsnax takes you on a whimsical adventure to Snaktooth Island, home of the legendary half-bug half-snack creatures, Bugsnax. Invited by intrepid explorer Elizabert Megafig, you arrive to discover your host nowhere to be found, her camp in shambles, and her followers scattered across the island alone… and hungry!

It’s up to you to solve the mysteries of Snaktooth Island: What happened to Lizbert? What are Bugsnax and where do they come from? But most of all, why do they taste SO GOOD?

Features:
• Discover, hunt, and capture all 100 different species of Bugsnax using a variety of contraptions and bait!
• Explore the diverse biomes of Snaktooth Island to track down and reunite the inhabitants of Snaxburg.
• Follow every lead to learn more about Lizbert’s band of misfits and the mysteries of Snaktooth Island.
• Stuff your new friends with Bugsnax to customize them with countless new looks.

Stay tuned for more news later this year! Bugsnax is currently available on PlayStation 5, PS4 and the Epic Games Store for $24.99 USD.