A Switch physical release has also been announced 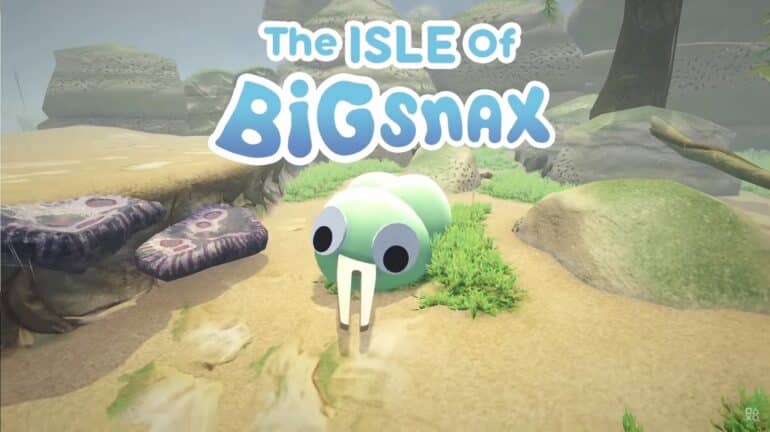 Publisher and developer Young Horses has announced today that their whimsical snack catching island adventure, Bugsnax, will be released on the Nintendo Switch, Xbox One, Xbox Series X|S, and PC (via Steam) on April 28th, 2022 for $24.99 USD with a 20% discount for a limited time. Bugsnax will also be coming to Game Pass on Xbox platforms, Windows 10, and Cloud.

Additionally, the game’s free content update, The Isle of Bigsnax, will also arrive on all platforms on the same day. The company is also happy to share that new trophies and achievements will be coming to the game as part of the ‘The Isle of Bigsnax’ update.

Bugsnax is currently available on PS4, PS5, and PC (via Epic Games Store).

If you have played the game before on PlayStation or PC (via Epic Games Store), we, unfortunately, won’t be able to unlock the new content ahead of April 28th.

You can sign up on their product page to be notified when it is ready to preorder.

About Bugsnax – The Isle of Bigsnax

The Isle of Bigsnax‘s main campaign includes 3 to 4 hours of new story content – with Yuri Lowenthal, Casey Mongillo, Debra Wilson, and Haviland Stillwell returning to voice their respective grumpuses – and new exciting Bugsnax and mysteries to discover. Players will find even more to do on the main island of the original game with new mail quests from the grumpuses to complete, hats to acquire for your favorite snax, and your very own hut to decorate and call home!

am8bit will also soon be delivering Bugsnax‘s delicious soundtrack on vinyl in a special collection. This super-sized two-disc LP includes 25 tracks from composer Seth Parker, stamped on vinyl with drool-worthy colorways. More Bugsnax vinyl tidbits are coming later this year, and you can sign up here to get updates.