The 2D-retro brutal gorefest side-scrolling DOOM-inspired shooter, Butcher, is a hell lot of fun compared to the twin-stick shooter I previously reviewed.

Butcher never gets old in a fashion where enjoyment of killing and blood spilling escapade goes, but it does get boring when you go through the whole game in one sitting. 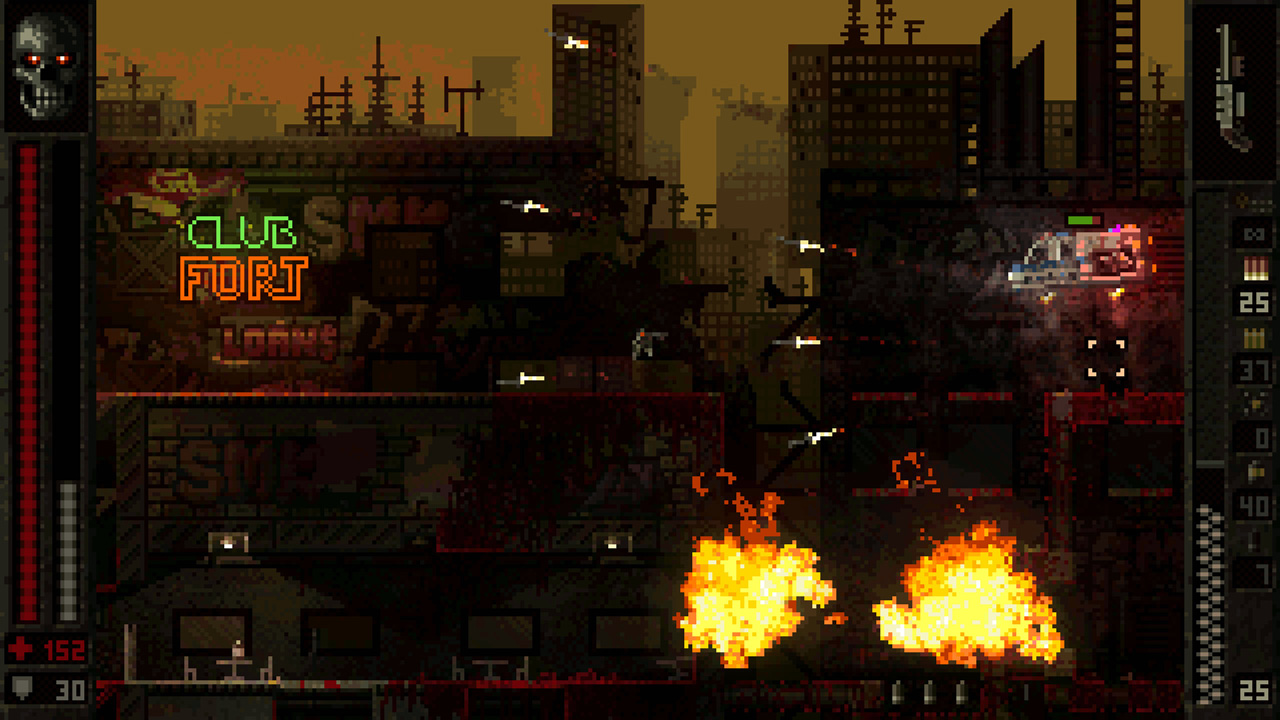 Butcher is a 2D retro side-scroller shooter that is heavily inspired from DOOM. You are this unnamed guy whose task is to kill every single person and super-beings in dimensions. You arrive in this space station that opens portals to places where colonies exist. The task is simple: survive and kill as many as you can, and as fast as you can. It does have an arcade-feel where you can speed-run stages after you complete the whole game.

This is one of those games that takes a lot of references from old classic retro shooters like DOOM, Contra and Metal Slug. Butcher doesn’t have time-limits, however, it records how long you’re able to finish one level. This gets more important once you beat the game as you can compare your previous runtime to your current. It doesn’t really give you a lot of reason to hop back into Butcher, but the enjoyment of speed-running, going for an insanely high difficulty setting in levels, and the gore action can pull you right back into its world.

Butcher is fast-paced, but sometimes it’s also inconsistent. There are moments when you have a few seconds to take a breather after an intense grotesque firefight, then a couple of crazy soldiers and the ones with jetpacks teleports right in to kill you. But I do love how it can keep you right on your toes when enemies rush to you with a chainsaw and cuts your beautiful 2D body into small red bloody pixels.

When the pacing is a bit fast for players, controls shouldn’t have any issues like being wonky and unresponsive. Butcher nailed the control’s fluidity, except its button mapping though. You can go berserk mode with insane jumps to dodge bullets and incoming heat-seeking missiles. The integration of its aiming system is perfectly solid as it also auto-targets enemies when you pan the right analog stick to where you want to aim.

You have a shotgun, railgun, chainsaw, assault rifle, grenade launcher, and flamethrower. All of these weapons are deadlier than it looks in 2D. The firepower, the damage it can deal with enemies can rip their guts and bones all over the place. The railgun is the extremely dangerous and a fun weapon you can carry. It charges to its maximum level and when you release the R2 button, the railgun unleashes a deadly laser beam that can obliterate an entire squad with one hit in a straight line.

Enemies are easily taken down if you’re in the Casual mode difficulty. It does give you a lot of breathing room when it comes to heated encounters. And for those who wants to test the bloods out first, Casual mode will be a great start for you. This mode is forgiving as it can be, the max health percentage you get is 400%, enemies can take damage a lot more than you do, and the nicest thing you can pick-up: secret banana medkits. Hard is set to be the normal difficulty; Butcher tears the Normal difficulty from its opitions. You can choose either Casual, Hard, Harder, The Hardest or Impossible. 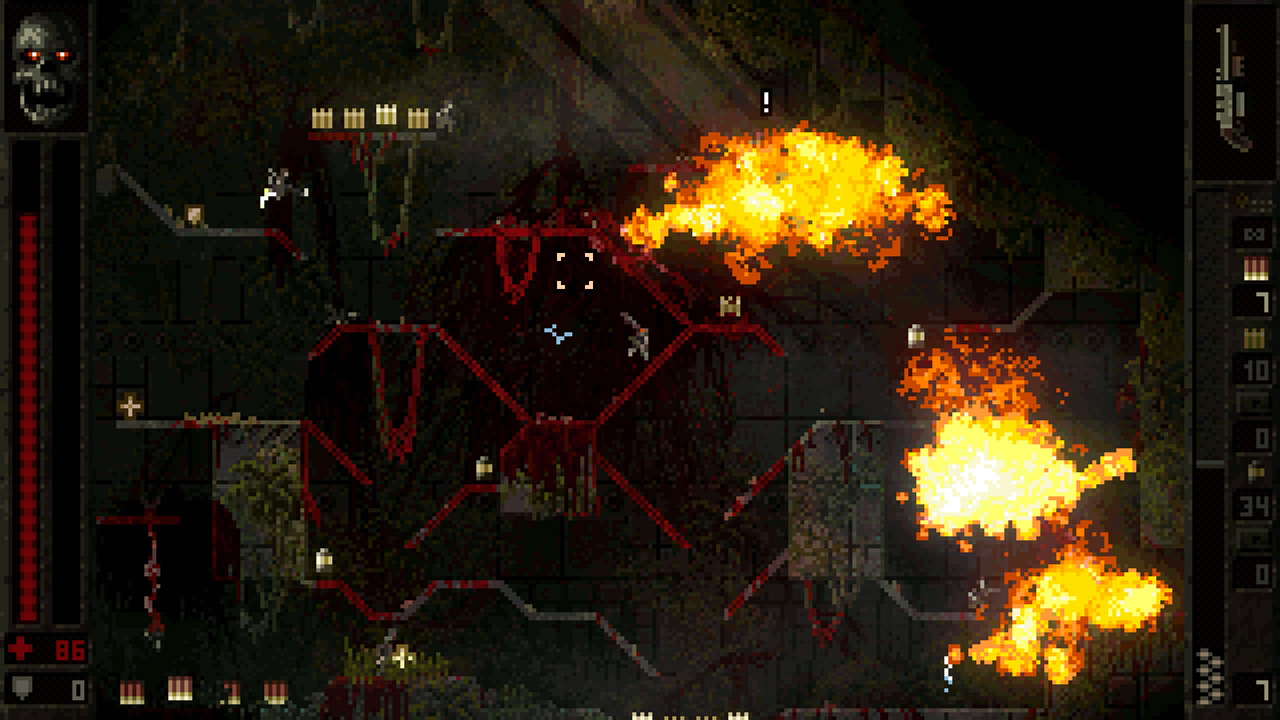 Defeating levels on Casual mode is a piece of cake, but the only one boss you get to encounter is difficult to defeat even if it’s set to the easiest mode the game has to offer. When you set the difficulty to Hard (even if it’s considered as the Normal difficulty), it might be a bit intricate in the first few levels, but the difficulty gradually changes when you progress further – it gets harder. The boss fight on Hard is almost impossible to beat. Butcher can frustrate you at some point where you just scratch your head, and think ‘how the hell can I beat this level?’ And if you’re brave enough to go through The Hardest with your nuts intact, then you’re ready for the Impossible difficulty and ramp up your pro-level epicness.

Butcher might not be graphically hooking, and it may lack a bit of replay value, but it definitely put some fancy retro side-scroller shooter aside with its entertaining gameplay and gore.