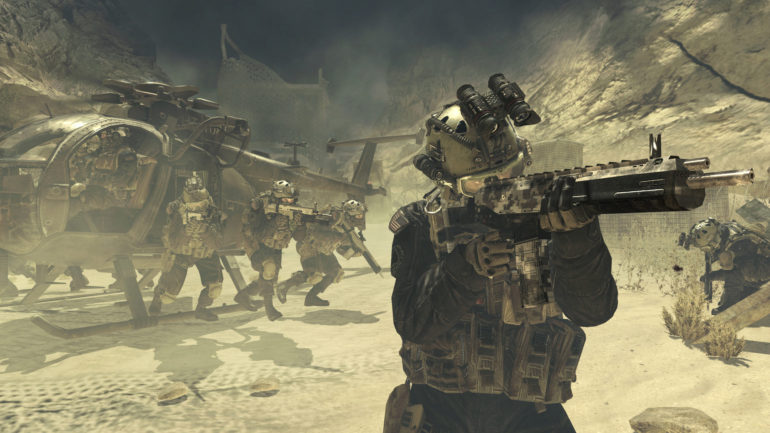 Out of the blue, Activision has launched a remaster of Call of Duty Modern Warfare 2.

There have been talks about it in the past weeks, but it seems that Activision has just launched Modern Warfare 2 remaster without any prior promotions. Not that we’re complaining. There is, however, a catch. Call of Duty Modern Warfare 2 Remaster is only available for the PS4 up until the end of April. PC and Xbox players have to wait until the end of the new month.

The remastered version of Modern Warfare 2 has been handled by Beenox and supports 4k resolution in HDR. All the missions are there, including the controversial No Russian mission that involves the player gunning down innocent civilians at an airport.

The remaster encompasses the whole campaign of Modern Warfare 2. But it will not include multiplayer. However if you do purchase this remaster, then you can get a free Underwater Demo Team Classic Ghost bundle along with it. The bundle includes a new Ghost operator skin, two weapons blueprints, a weapon charm, a new finishing move, an animated calling card, an emblem and two Battle Pass tier skips.