The Vault Edition is now ready for pre-order! 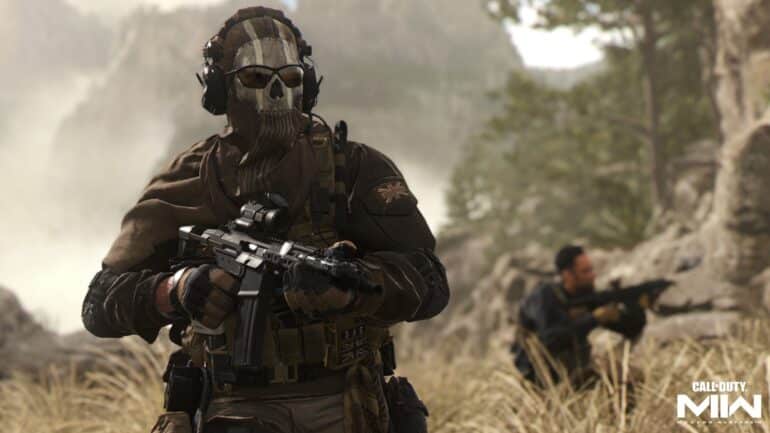 A new blog post was released as well, sharing new details about the game and it seems several leaked information have been confirmed. Check out the details they have listed:

It has confirmed that a new version of Warzone will be launching later this year. There is a new mobile Call of Duty game too and still in development. The game engine that will be used for both new titles is the same. The RICOCHET Anti-Cheat system will be used on day one for both new titles as well. Lastly, the rumor of the franchise coming back to Steam on PC just got confirmed.

It seems the campaign will be different from the original Modern Warfare 2 game. Some of the characters are the same, but the story has been altered somehow. Players will be thrown to various locations including Asia, Europe, and the Americas.

Numerous Stages to Sink In

Infinity Ward teased that there will be various types of stages in the campaign like underwater combat, assaults from 30,000 feet above enemy strongholds, and stealth missions.

Taskforce 141 has come back with a new addition. Here are the members:

Special Ops has evolved as well. This mode improves team-building skills, and sets the scene for the near-endless hours of gameplay available in multiplayer.

Pre-ordering the game and playing multiplayer at launch will give players access to the multiple base weapons and level them up. They can also explore various maps and modes, check out the international cast of Operators, and more.

The Gunsmith has been revamped, offering more customization than ever before. Players can also expect a large amount of free post-launch content drops featuring new maps, modes, and blockbuster special events.

A new Warzone will launch as well as an extension of the Modern Warfare II universe. It comes with new technology, features, and gameplay that work seamlessly together. Infinity Ward revealed that they have taken heart a lot of community feedback and implemented changes with this new version.

Infinity Ward lead the development of Warzone 2.0 together with Raven Software. It will have the same tech powering Modern Warfare II.

Pre-order now to gain Open beta early access first on PlayStation consoles. There is also a special Vault Edition to consider. It includes the following:

Call of Duty Modern Warfare II launches on October 28, 2022. It will be available on PS4, PS5, Xbox One, Xbox Series X/S, and PC via Steam and Battle.net. Warzone 2.0 launches on the same day with the same platforms.