Learn how you can make one of the most troublesome guns become the most lethal weapons ever. 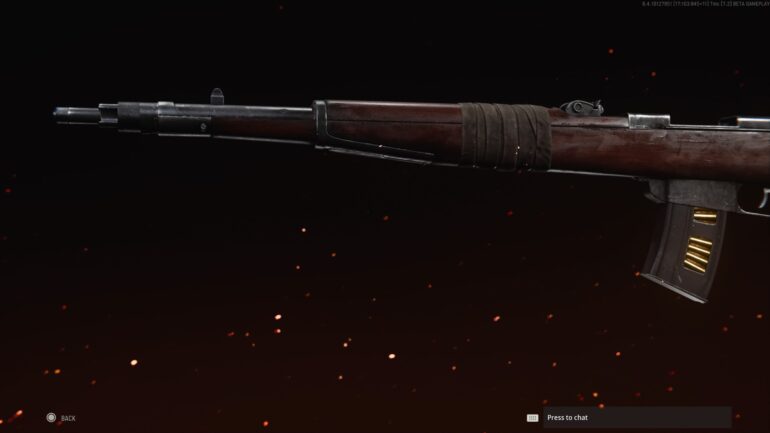 Call of Duty Vanguard offers a lot of weapons to use in battle and one of them is the powerful Assault Rifle Itra Burst. Learn how to get the best class loadout for this gun complete with attachments and perks.

Even though it is called the Itra Burst, it is not a full-auto weapon. What it really does is burst-fires three shots at once on a target and when you get hit, it offers a rather nasty damage. The only thing you need to make it effective is to make your aims precise and have the proper timing.

The Itra Burst is most effective in mid to long ranges and can take down targets right away. With the right attachments and perks added, it becomes one of the most lethal guns in the game.

Here is how you can acquire the best Itra Burst class loadout for this gun in the game.

In order to have the best loadout for the Itra Burst, there are several specific attachments you need to have. Attach them right away once you have unlocked them for this gun.

The Itra Burst, as is, is not the preferable Assault Rifle to use because it has a lot of downsides that might become a hindrance in combat. The aim down sight speed is quite horrible and the overall rate of fire is the same as well. COD Vanguard needs fast shots and well-timed ones too, which is the reason for the much-needed attachments to make this all the better.

The Botti 300MM CXII barrel is quite a broken attachment right now and hopefully will not be balanced out in the next update. It offers a 40 percent improvement to recoil control and a big boost to damage range, exactly 1591.9 percent. Again, super broken, and hopefully this is NOT a bug.

The MK 3 Sunfilter optic is what we chose because it offers an optional 1.5x magnification and a slight improvement to Precision Sight Picture. Actually, it is up to the preference of the player one which optics he/she would use. For those who want the run and gun method, just use the ones without big zooms. For those who want long-range gunfights, then use the opposite.

The Botti DII Grip is the best stock to equip if you are into quick fire bursts without aiming much. It offers a strong improvement on both Aim Down Sight speed and recoil control, which is perfect for those quick bursts while running.

The M1941 Hand Stop underbarrel is quite the good support for the Itra Burst. It improves both horizontal and vertical recoil control, which is really needed for this quite, wild Assault Rifle. No negatives to mind and is really good for the sprint-to-fire.

The 8MM Jaeger 32 Round Drums is just what you want for the Itra Burst Assault Rifle. It offers no major negatives, and it gives you those extra bullets you need to kill your opponents. The slow reload will not be a major issue though.

Bullet Velocity is everything for the Assault Rifle. If an Assault Rifle shoots, its bullets would land instantaneously. Which is why you should be using Lengthened Ammo Type since it improves Bullet Velocity to 30 percent. A must-have for both run-and-gun and long range battles.

Stippled Grip for the rear grip is the way to go for improved recoil control. You do not want a shaky gun when firing on an enemy just because the recoil was too strong. This reduces it greatly, making you have steadier shots.

Vital is the best proficiency to use when it comes to the Itra Burst as it improves on critical hits. More critical hits mean higher damage output when hitting enemies. On-Hand Kit is the best too in order to be quick on using your weapon again after throwing equipment.

There are three perks that we suggest to use if you are going to equip the Itra Burst.

The Ghost perk allows players to be undetectable by Spy Planes, enemy Intel, and Field Mics while moving. This also makes Local Informants less effective, which is quite helpful if you are always moving around and trying to stealth kill your enemies.

Radar makes enemies appear on the minimap when they fire an unsilenced weapon, which would be the common case in multiplayer. Almost no one uses silenced weapons and more of going loud. Helps in tracking enemies from locations you might have trouble finding the first time.

Double Time is a must especially if you are trying to move around crouching all the time. It increases the movement speed by 30 percent, which is slightly better than walking upright.

The Machine Pistol is the better option as a secondary weapon as it offers single and burst shots when you are in need of a backup gun. You can easily dispatch enemies in close range with this weapon at hand. Equipment can either be Lethal or Tactical. The MK2 Frag Grenade is still the best Lethal equipment to use in any situation. It offers a large radius and effective damage on enemies. The Stim is quite a good Tactical equipment to carry as it brings you back to life after getting shot at full health and even gives you a Tac Sprint buff. Having a secondary life bar with you is still the best which is why Armor is the best Field Upgrade to use.

And there you have it, the best loadout to use with the Itra Burst as your weapon of choice in Call of Duty Vanguard. Hopefully, this helps in your battles ahead in multiplayer.

Learn how to unlock the Gold, Diamond, and Atomic Mastery Camos in this guide. Check this out to learn more about the Operators, Skins, Prices, and Bundles. Also you might want to view this to learn more of the maps and game modes in the game.