How To Unlock Call Of Duty Vanguard Trophy System

A complete guide on how to unlock the Trophy System In Call Of Duty: Vanguard. 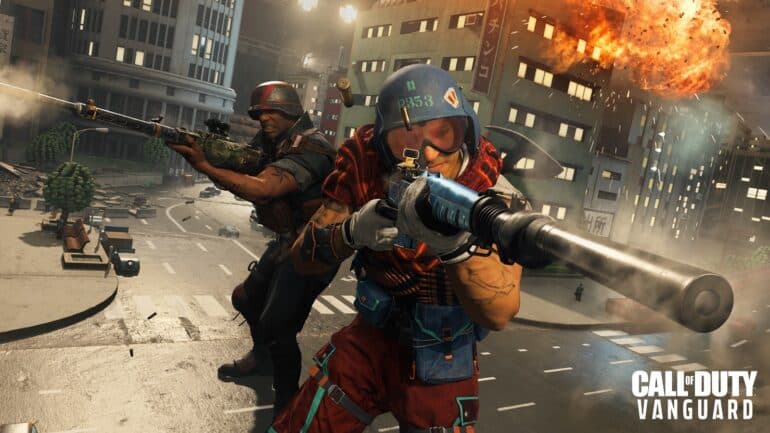 It’s almost time for Season 3, and the Call Of Duty Vanguard Trophy System has been a top demand since Vanguard’s release.

Vanguard Ranked Play and Call of Duty League action could be significantly impacted by the adoption of a Trophy System. Dead Silence is the only other field upgrade currently being used in competitive play. As a result, players will now have a second option if they prefer to be safe from bombs rather than silent. One of the most popular field upgrades for professional players is likely to be the Trophy System.

How does the New Call Of Duty Vanguard Trophy System Work?

For the earlier Call of Duty games, the Trophy System was an extremely useful piece of equipment because it could deflect thrown lethal or tactical weapons like frag grenades or sticky bombs and shock grenades. But Vanguard’s new Trophy System can now shield you from three throwables, whereas before it could only intercept two.

This version of the Trophy System can neutralize Frag Grenades, Sticky Bombs, and No. 69 Stun Grenades before they can reach the Trophy System’s range. It also self-destructs after three blocks or 45 seconds of deployment. But do note that a player can only deploy two Trophy Systems at a time, and trying to launch a third destroys the first.

Using Vanguard’s trophy systems to stop grenade spam is its main strength. OBJ players will be able to take advantage of this in casual play.

How to unlock Trophy Systems in Vanguard

You can equip Vanguard’s Trophy System as a Field Upgrade in multiplayer after completing an unlock challenge in the Season 3 update which is to survive 15 separate matches without being killed by a grenade.

The Trophy System for Vanguard has been included as a Field Upgrade in multiplayer as part of the Season 3 update as long as you can pass the unlock challenge mentioned above.

Vanguard’s unlock challenges require you to complete the matches to gain credit towards your challenge progression, even though it was addressed in the Season 3 reveal blog that the Trophy System will be available to all players immediately following the update. You can’t just hide for a bit and exit the match.

Picking something like Team Deathmatch might be a safer bet than objective types like Domination and Hardpoint, which are frequently prone to explosives spamming. For maximum efficiency, use the Fortified perk with the Combat Shield.

Shipment and Das Haus’ limited maps and playlists aren’t the best places to start. Because of this, most of the default playlists are optimized for tiny maps, although you can use the Quick Play filter to narrow down the available game modes, in the hope that this appalling unlock challenge may be removed or at the very least modified by the developers.

Here’s an awesome video by TheXclusiveAce on his Full Breakdown about the Trophy System in Call of Duty Vanguard: