Another year, another Call of Duty, but is it good?

Sledgehammer Games has always found itself the odd third child in the Call of Duty lineup, never finding as solid a footing as Infinity Ward and Treyarch have with their Modern Warfare and Black Ops games. Advanced Warfare and WWII ultimately felt flavorless and forgettable. These are the Call of Dutys I abandoned well before their life cycle was up. With Call of Duty Vanguard, I can tell that Sledgehammer attempted to produce something unique; however, Vanguard feels skeletal, half-realized, and just more of the same. Playing it safe is the best way to sum up the game.

Since 2019, Call of Dutys have tended to skew their campaigns on the shorter and more narrative-heavy side, and Vanguard is no different. This time we’re going back to World War II and experiencing a secret-history-type story of an elite, multinational special forces group sent to thwart the Nazi Project Phoenix plan towards the war’s end.

Vanguard’s main narrative is exceedingly straightforward. Moreover, only two missions carry the main story forward as Vanguard takes a very character-driven approach to its storytelling. Most of the narrative frames itself within flashback sequences for a handful of focal point characters.

Our cast includes Arthur Kingsley, the leader of the Vanguard, Polina Petrova, a deadly Russian sniper, Lucas Riggs, the Australian demolitions expert, and Wade Jackson, an American pilot, and wisecrack. Polina Petrova stands out as the strongest character in this cast. Her family, motivations, and broken heart are explored and given far more depth than our three characters, who all more or less boil down to being the most badass soldier of their respective armies. Vanguard’s cast of heroes is a riff on The Expendables or even something like the Suicide Squad, but it ends up feeling uneven. The only character worthing caring for at the end of the day is Polina, and despite Vanguard’s best efforts, I never felt like anyone else had a chance to breathe as much as she did.

Vanguard’s main antagonist is the brutal, paranoid, and conflicted Jannick Richter. Our cast of villains is equally as unbalanced as our heroes, as everyone besides Richter is very two-dimensional and almost cartoonishly written. They are best described as “extra evil Nazis,” and when they’re juxtaposed to more well-written Richter, they feel rather dull to watch.

Vanguard’s campaign succeeds in crafting beautiful missions with great visual setpieces that are fun to watch. While short, clocking in at around 5 hours, Vanguard’s single-player campaign takes you across every front in WWII plus west Africa. There’s the German attack of Stalingrad, the Battle of Midway, Operation Tonga, and The Battle of El Alamein, all of which look gorgeous and serve as a sort of origin story for each operative. The Battle of Midway, in particular, was quite a spectacle and a decent change of pace as it is the only mission in the game where you pilot an airplane. Ultimately, the campaign remains as linear as always with some dumb AI that makes the whole game feel like a shooting gallery despite some attempts to shake up the formula a little.

Sledgehammer tried to add something new this year by giving each soldier on the Vanguard team a unique ability that changes how you play their flashback levels. When you play as Arthur, you issue orders to your team members to fire on a tank or to suppress an MG so you can work your way up a level. Polina is very agile, and her missions feature plenty of climbing and sneaking, with stealth being a viable choice for much of the campaign. Wade gets a detective mode that is useful for spotting enemy soldiers hiding in trees or grass, and Riggs gets to hold more explosives and see their throw trajectories. Most of these abilities don’t matter too much and end up being used under specific circumstances anyways.

In the end, Vanguard’s campaign felt very straightforward, linear and the best parts were watching the moments that featured Polina or Richter as their actors delivered an excellent performance between setpiece action sequences. Perhaps Sledgehammer could rectify these story issues if the campaign were longer by even one hour. Still, as it stands, the story mostly feels like it was written as a backdrop for the operators that shipped with the game and that you can use for multiplayer, not much else.

Zombies return once again this year. What was once a little bit of Treyarch pizzazz is now a mainstay for Call of Duty and appears to have a continuity with Black Ops Cold War as part of the Dark Aether timeline. To sum up the story, a Nazi general has allied with a powerful demon in an attempt to create the 1,000-year Reich, so it is up to our operatives to ally with demons that hate the main demon to win. It’s about as serviceable of a story that you can get when it comes to shooting Nazi zombies. I don’t expect much story from this mode in the first place so whatever I get is just the icing on the cake.

Zombies mode is still the wave-based horde mode that we have all come to love, but this year’s version feels a lot more stripped back and is quite a barebones experience. The zombie headshot fest starts in a war-torn and zombie plagued Stalingrad that will gradually open up as you enter portals to complete a rotating assortment of three objectives. Each portal will transport you to a new area where you are tasked with either defending yourself against a wave of enemies, collecting runestones to take to an obelisk, or following a disembodied head to an objective. Complete the mission, return to Stalingrad to upgrade your gear, and then go again. That is about the long and short of it.

While shooting Nazi zombies is plenty of fun, the fact that there is only one map where you repeat the same three objectives is a bit of a letdown. There is more planned post-launch, but for now, Zombies is an overall forgettable mode.

Multiplayer this year is the same thing you would come to expect from every Call of Duty with a few added bits and pieces. You’ve got your standard modes such as team deathmatch, domination, search and destroy, etc. however, this year, Sledgehammer added a neat little option to toggle what kind of game pacing you would like to play. You can choose from three options: Tactical, the classic 6v6 Call of Duty gameplay, Assault, which places you on bigger maps with more players, and lastly Blitz, the ultra fast-paced kill-die-kill repeat pacing that is a blast to play.

My question is, how has this solution not been created earlier? It’s great. If I want to grind out a weapon level, I can toggle the Blitz pacing and essentially play kill-box style maps and game modes at launch day instead of waiting for playlists to be added later on. I can consistently have the Call of Duty experience that I am looking for, which is fantastic.

Vanguard launched with 16 maps for the standard game modes and 4 maps for the Champion Hill 2v2/3v3 game mode. Champion Hill is the new Gunfight style mode except with eight squads of 2v2 or 3v3. This is quite an impressive amount of maps at launch, given the industry’s tendency to hand us a mediocre amount of maps while promising a drip-feed of content throughout the year that should be part of the complete package in the first place. These maps are balanced well, and I enjoy them far more than the camper-fests that Modern Warfare was thanks to some tried-and-true map design choices.

The Gunsmith is also back, which is a feature that I have enjoyed quite a lot in recent Call of Duty games. Although it is pretty funny to see a WWII-era gun have color vomited all over it and look like a Frankenstein’s monster of a weapon when you fill up all ten attachment slots.

Everything in Call of Duty Vanguard is built on top of Modern Warfare’s foundations, and at times it feels like I am essentially playing a reskinned Modern Warfare. That isn’t a terrible thing, as I loved what Infinity Ward did with the series, and everything still plays fantastically.

Guns have an excellent mechanical punch to their sound, kills still feel very visceral, and movement has been touched up a little bit in Vanguard. The game feels responsive and controls smoothly. Graphically, Vanguard looks great thanks to some beautiful lighting and detailed character models. However, most of this praise is also applicable to the last two entries in the series. Call of Duty Vanguard is entertaining while also being entirely safe and inoffensive. It is more of the same.

Vanguard ends up differentiating itself from its siblings mainly in how much content it lacks comparatively. Vanguard’s campaign is the shortest and most shallow so far, zombies are barebones, and by round 10, you have seen everything it has to offer. Multiplayer is still great, not because of anything Sledgehammer has reworked or changed but simply because Sledgehammer has actually touched nothing and instead are relying on the fact that Call of Duty is a fundamentally satisfying and exciting shooter to play. Infinity Ward set the blueprint in 2019, and Sledgehammer has followed it to a tee but, in the process, has created the most generic and by the numbers Call of Duty in this three-game run.

If you want to have a fun time shooting enemies with your friends online, absolutely get Call of Duty Vanguard; just know that this isn’t the Call of Duty that makes any meaningful innovations. 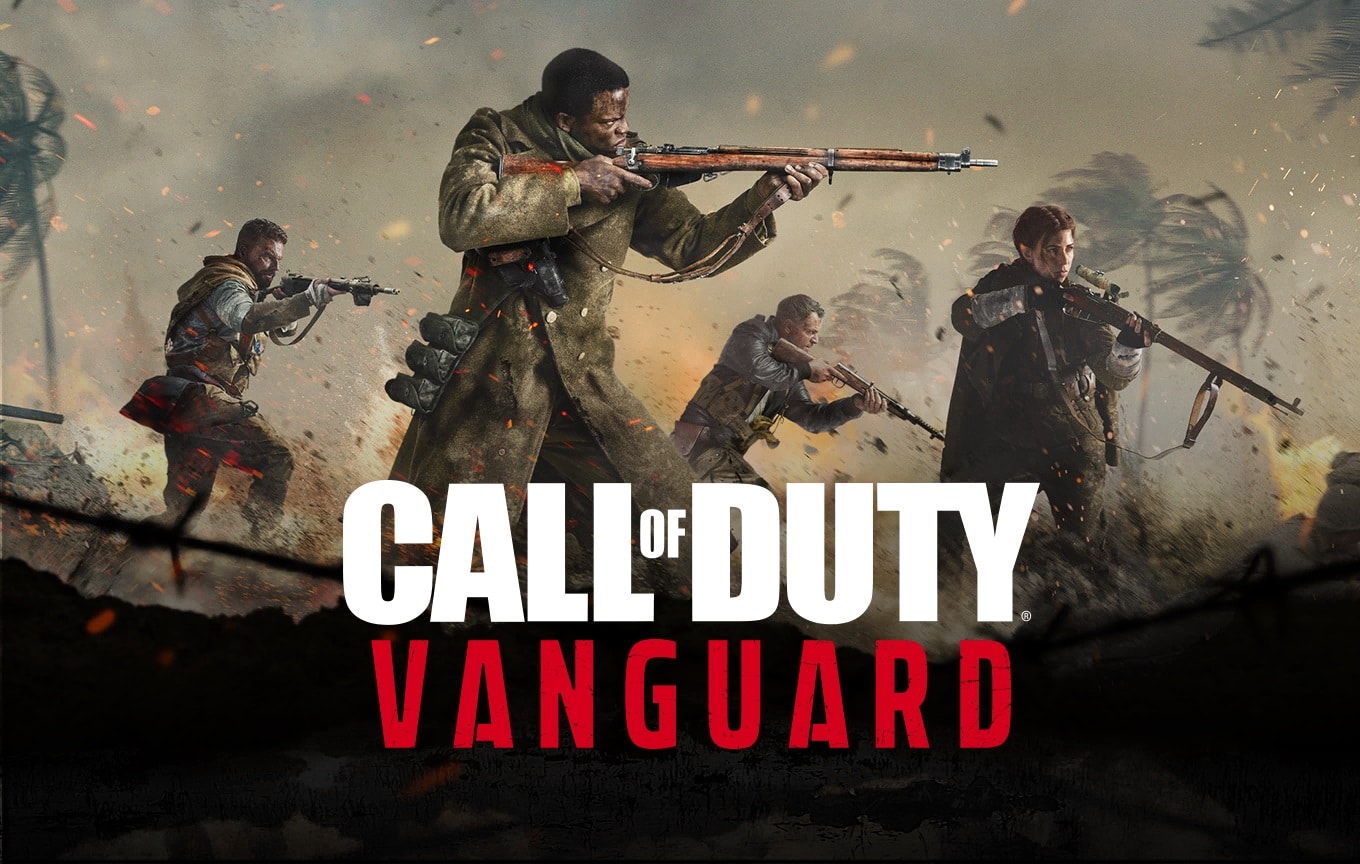 Call of Duty Vanguard – Review
Score Definition
You better have to choose if it’s worth spending your spare cash, because it might not be the game for you and it might be for others.
Pros
Exciting setpiece campaign moments
Great performances by Laura Bailey and Dominic Monaghan
Good number of maps at launch
Solid map design
Cons
Short, forgettable campaign
Uneven characters
Barren zombies mode
No substantial innovations in multiplayer
All around more of the same
6.5
Justified