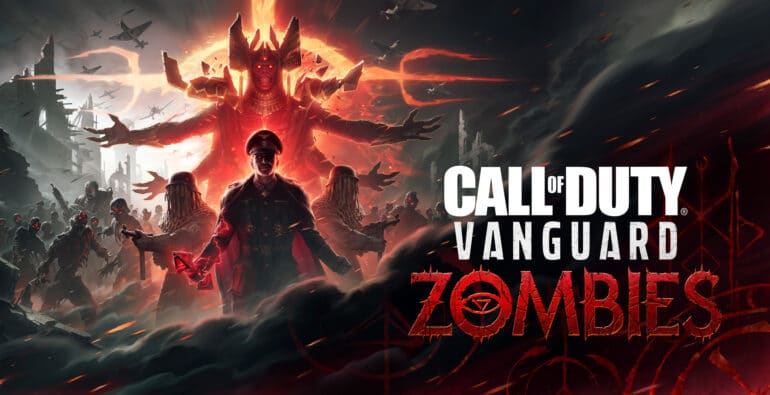 The famous and gruesome Zombies mode is back again for this year’s Call of Duty: Vanguard. The new trailer has just launched and it looks like we’re going back to World War II and this time, the occult is stronger than ever.

In the trailer we see Nazis raising zombies using relics and for the player’s side we also see them using some pretty weird occult-like relics that allows them to do some pretty cool looking things like creating a fire barrier, portal hopping, and probably a whole lot more that isn’t exactly clear in the trailer.

A blog post was recently posted with details regarding this year’s zombie mode. “Der Anfang” or “The Beginning” will be the first map and it will introduce players to Dark Aether entities through their artifacts that were stolen from the zombies mode antagonist, Wolfram Von List.

Players can sacrifice their items to the Altar of Covenants which will grant them a random ability that will help them in their war like Unholy Ground which is used to help them hold down chokepoints and objectives. With this randomized perk system, every match of the Zombies mode is sure to never feel the same.

For more updates on Call of Duty: Vanguard, you can check out our recent report on its new anti-cheat system that the game will launch with and more here at Sirus Gaming.

Call of Duty: Vanguard is set for release on November 5 for the Xbox Series X and Series S, PlayStation 4, PlayStation 5, Xbox One, PC.