Find out how the Godzilla vs Kong Operation Monarch in Warzone works. 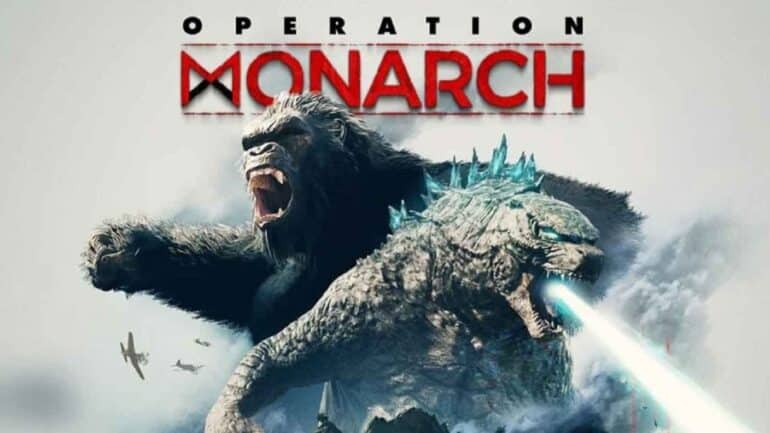 Operation Monarch, a limited-time mode in Call of Duty: Warzone that allows players to face off against Kong and Godzilla. It introduces a new killstreak, a few new mechanics, and a great deal of mayhem.

Call of Duty: Warzone Operators can fight against Kong and Godzilla in Operation Monarch from May 11 to May 25, 2022. It gives players a new degree of control as they take on the remainder of their opponents In addition to completing challenges and even purchasing limited-time Monsterverse Bundles inspired by Godzilla vs. Kong.

What is Operation Monarch in Call of Duty Warzone?

Operation Monarch, like Iron Trials and the Normal Battle Royale, takes place within a standard BR framework, but incorporates the destructive force of the film’s actual Titans (Godzilla & Kong) to the mix.

Godzilla and King Kong are on the loose in this game mode, so players will have to keep an eye out for both of them while trying to outplay their enemies and obtain the new S.C.R.E.A.M killstreak.

How to play Operation Monarch LTM in Call of Duty: Warzone

The goal remains the same as in a standard Caldera match: to be the last team standing. Resurgence rulesets are used in the 60-player quads battle in Operation Monarch, allowing players to respawn as long as their colleagues are still alive after they die.

A few new mechanics are introduced, but veteran Warzone players may quickly adapt.

When you first enter the lobby, you’ll encounter Titan Frenzy, and you’ll see it again later on. Attacks from both titans will begin during this period.

During this period, players have the option of fleeing or retaliating. The team who deals the most damage to a titan will be awarded the S.C.R.E.A.M. device, notwithstanding the dangers and rewards associated with both strategies.

Using this new device killstreak, players can unleash the power of their chosen titan on enemy teams in a specific location. Monarch Intel is also gained by damaging the Titans, so it may be worthwhile to try and get a few shots in.

Killstreaks and loadouts are now obtained through drops of Monarch Intel, a significant change from Battle Royale.

Supply Boxes, special drops, and killed enemies are all ways where players can acquire Monarch Intel. Players will be able to use “Killstreaks and Loadout Drops” when a special meter is charged by Monarch Intel.

The S.C.R.E.A.M. Device, a Killstreak that allows players to utilize Godzilla or Kong’s abilities against enemy teams, is the most amusing part of this game mode.

This Killstreak allows players to choose between Kong’s Ground Pound or Godzilla’s Heat Ray Breath. After that, it’s up to the players to decide which part of Caldera they want to assault. Since only one Titan Killstreak can be activated at a time, you shouldn’t be concerned about being bombarded with attacks.

And there you have it, that’s everything you need to know so far on the new Operation Monarch LTM in Warzone. If you like this guide, check out our other Call of Duty articles here.