Also the Tec-9 gun will be making an appearance. 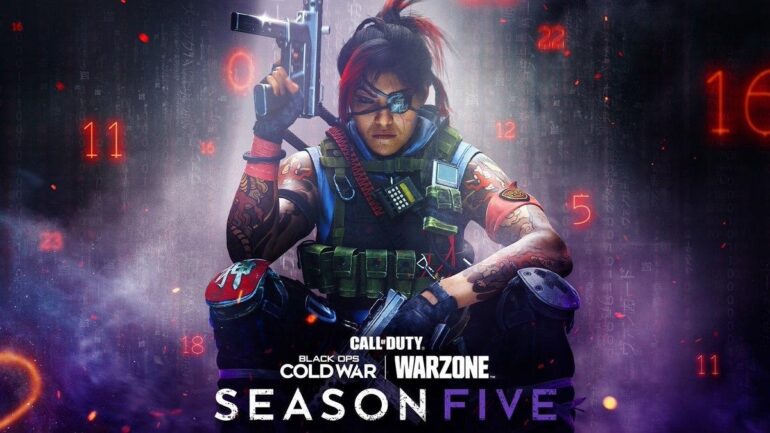 New leaks about the upcoming Season 5 of popular battle royale first person shooter Call of Duty: Warzone and Black Ops Cold War reveal that it will be in Japanese theme, a new female operator, and a new gun.

The leak came from a post from Reddit, complete with an image of the upcoming Season 5 for the game. It features the possibly new operator, a Japanese woman named Kitsune. Donning the usual mercenary look with Japanese tattoos, Japanese-themed accessories, and the new gun, Tec-9. The background though looks familiar, notably from the “numbers” scene from Call of Duty: Black Ops where Alex Mason sees hallucinations of numbers when he was programmed by the Russians to assassinate then-US President John F. Kennedy. It might not be of significance, but it does, it could mean Kitsune has a connection with the Black Ops series.

The Tec-9 that Kitsune holds on the leaked image is possibly the next new gun for COD Warzone and Cold War. It is a semi-automatic gun introduced in 1984 and developed by Intratec, an American subsidiary of the Swedish firearms manufacturer Interdynamic AB and also popular with street gangs in the 1990s.

There are also two more operators with codenames Kingsley and Surge. No word yet on specific details like their looks and possible favorite weapons of choice.

Season 5 might introduce the Weather Station, which is a new region for the outbreak that will contain a summit. There will be a standalone summit as well for 6v6 battles. There is also the PHD and Double Tap additions for zombies and the lightning links field upgrade.

It is highly likely that these leaked contents will be added to Call of Duty: Warzone and Cold War this upcoming Season 5. No word yet on when this new season will be released for the public. For now, take this with a grain of salt.