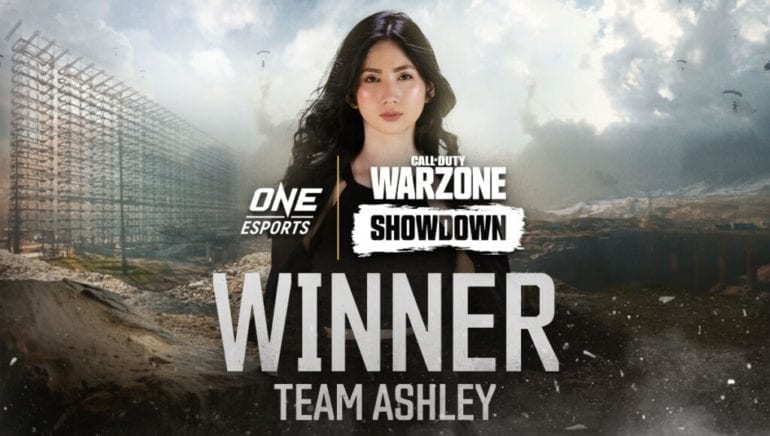 ONE Esports has recently announced the champion of the recently concluded Call of Duty Warzone Showdown tournament is Ashley Gosiengfiao after her opponent withdrew for a valid reason.

According to a recent report, after the tournament got concluded, a teammate of Een admitted of cheating while playing in it. This was Sethan who clearly admitted to be using hacks in order to win parts of the tournament.

Sethan shared that he decided to use the hacks because it was just there to use. He clarified that he joined the tournament in order to play with Een and nothing else. It was not for the prizepool money.

Een’s teammate is now asking everyone not to harass him or other entities because it is not the right thing to do. He also apologized for using the hacks.

As a result, Een has withdrawn from the tournament. She has shared a final statement in a live stream she held recently on her official Facebook gaming account. Click on the link below to watch it.

Activision Blizzard has also started their own investigation with the situation.

With Een’s withdrawal, the $5,000 Champion prize will be split among the reaming teams.