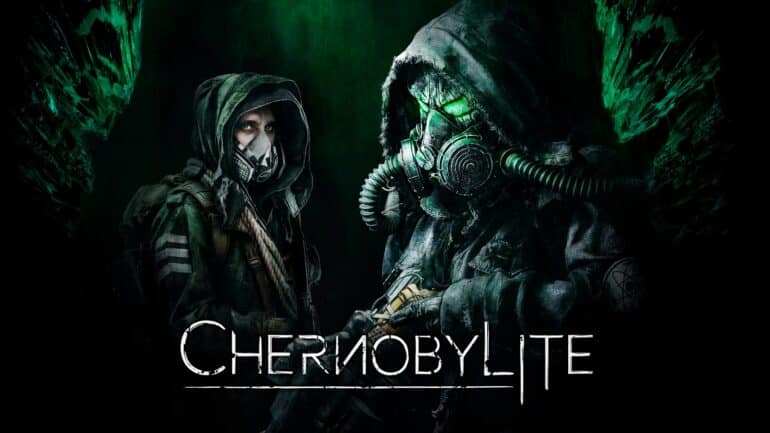 Chernobylite suffers from an identity problem. While the game is billed as science fiction, survival horror RPG, I often found myself struggling to find the horror in the game’s world and much of the RPG elements felt bare. While there are scary things in the game, it never reaches the survival horror heights of games like Silent Hill or Resident Evil. Part of that is because the game is trying to balance several things and ultimately, it isn’t overly successful at any of them. Despite that, the protagonist, Igor, and its cast of characters, while cartoonish, make it easy to stick it out to the end.

At its heart, Chernobylite tells the love story between Igor and Tatyana. Igor, a Ukrainian physicist, arrives in the Chernobyl Exclusion Zone in search of his fiancée Tatyana, who went missing thirty years prior. Why he’s waiting that long to try and find her, you’ll just have to find out. Igor is haunted by visions of her and is compelled to search for her in the Chernobyl power plant. From here, things go wrong, you leave the plant, and you must devise a plan to get back in and find her.

The game has an engaging gameplay loop propelled by exploration. Each day, you go out into a part of the zone to find supplies, try to recruit people to join you in finding Tatyana, and take down the NAR. To give it some context, it sort of reminded me of Deathloop’s map with different areas that have places available depending on when you go. In Chernobylite, however, it’s hard to say exactly why certain areas are available during specific moments, but there were whispers of what I loved about Deathloop here.

On the game’s compass, there are a variety of markers that lead you to some story-based events and other notable interactions. As you progress through the story and complete the optional events, you’ll find yourself going into an area and beelining straight for the main objective. This added a bit of unevenness to the game. In the front half,  I explored a lot, but in the second half, I found myself reaching an area, completing the objective, and going back to base.

The world you explore is a 3D-scanned recreation of the real Exclusion Zone in Chernobyl. When I read that was the case, I expected a bit more to do and see. While there are some things to uncover, the world is mostly full of empty spaces and buildings with supplies to pick up. Survival horror games often thrive on environmental storytelling, but despite a few instances like a pit full of skeletons and a creepy abandoned summer camp, it isn’t present here. The little that is there tells some worthwhile stories, but I wanted more out of it. With a setting like Chernobyl, a lot more could have been done.

Much of the world does look good, though. The PS5 version shines best when you’re exploring areas with soft light filtering through the trees or windows. By contrast, there are some moments where things look a little muted and muddy – especially when scavenging in buildings. The best environments in the game, though, are the ones you visit when you step through a portal or revisit memories. These worlds have buildings, ships, and structures suspended in a twinkling sky and honestly, they’re often breathtaking. It does, however, show how lacking much of the game’s main world is. The storytelling in these moments is the best in the game, even if it is a lot of exposition.

When you’re exploring the main world, you’re often given a certain story objective. Oftentimes you’ll encounter NAR soldiers or extradimensional creatures called Shadows. Neither are particularly difficult to face. You can take down human enemies with stealth, which is preferred as killing them with your guns leads to your sanity lessening. Combat against enemies is fairly uninspired. There are revolvers, shotguns, and even plasma weapons that can all be upgraded, but I stuck with a revolver and shotgun. They were damaging and effective with the right upgrades, and combat could often be wonky in its controls. I’d sometimes try to raise my gun and the buttons just didn’t work.

I also had a number of glitches where my game shut down during combat. Thankfully, the game autosaves a lot so I never lost much progress at all, but loading back up was slow. I expected since I was playing on PS5, to have a shorter time on load screens, but that wasn’t the case. I also experienced the game freezing for about one or two seconds almost anytime I killed an enemy. It was jarring and often took me out of the experience.

If you want to make your time in Chernobyl easier, you’re able to upgrade a number of skills with the five people you’re able to recruit. Many of these were fairly useful – things like upgrading your inventory space, additional damage with certain weapons, or reduced fall damage. The fall damage one is an especially good perk because to start if you jump five feet off something you receive a good chunk of damage and have to deal with a tiny sequence showing you get hurt.

The most unfortunate thing with upgrading your skills is that each and every upgrade takes you to a scene where your team member shows you its practical uses. If you want to sneak more quietly, you must play through a mock encounter where you try and sneak up on your teammate. Want more inventory space? Get ready to see Olga show you how to arrange herbs, a broken baby doll head, a gun, and food rations in your backpack. It is unnecessary and slows the pace of an already uneven game. The base you call home can be upgraded, but I found a lot of it to be inconsequential and did the bare minimum. It still felt like what I did was enough, though, because my team remained happy through our adventure.

It is not all bad though. Much of the voice acting is over the top and cartoonish. Igor especially is somewhat laughable. He sounds like a vaguely Russian Nigel Thornberry, but by the game’s end, I found myself rooting for him and his team of misfits. I wanted to find Tatyana and get to the bottom of the game’s mystery surrounding her. You are also given a lot of opportunities to chat with your team and learn more about them. Surprisingly, a lot of their stories are touching and engaging. In fact, once the game was over, I felt satisfied with how it ended and the choices I made. The game thrives on them, and a mechanic even comes into play about midway through that lets you alter time and choose differently to see how the world changes.

There are some good moments in Chernobylite, but much of it is hampered by its inability to decide exactly what it wants to be. Neither the RPG nor survival horror elements rise to the occasion, but some of its storytelling pulls at your heartstrings. It kept me playing to see Igor and his companions through the end of the game. Chernobylite is best when it’s focusing on its characters, but I am not sure even that would make this adventure worthwhile. 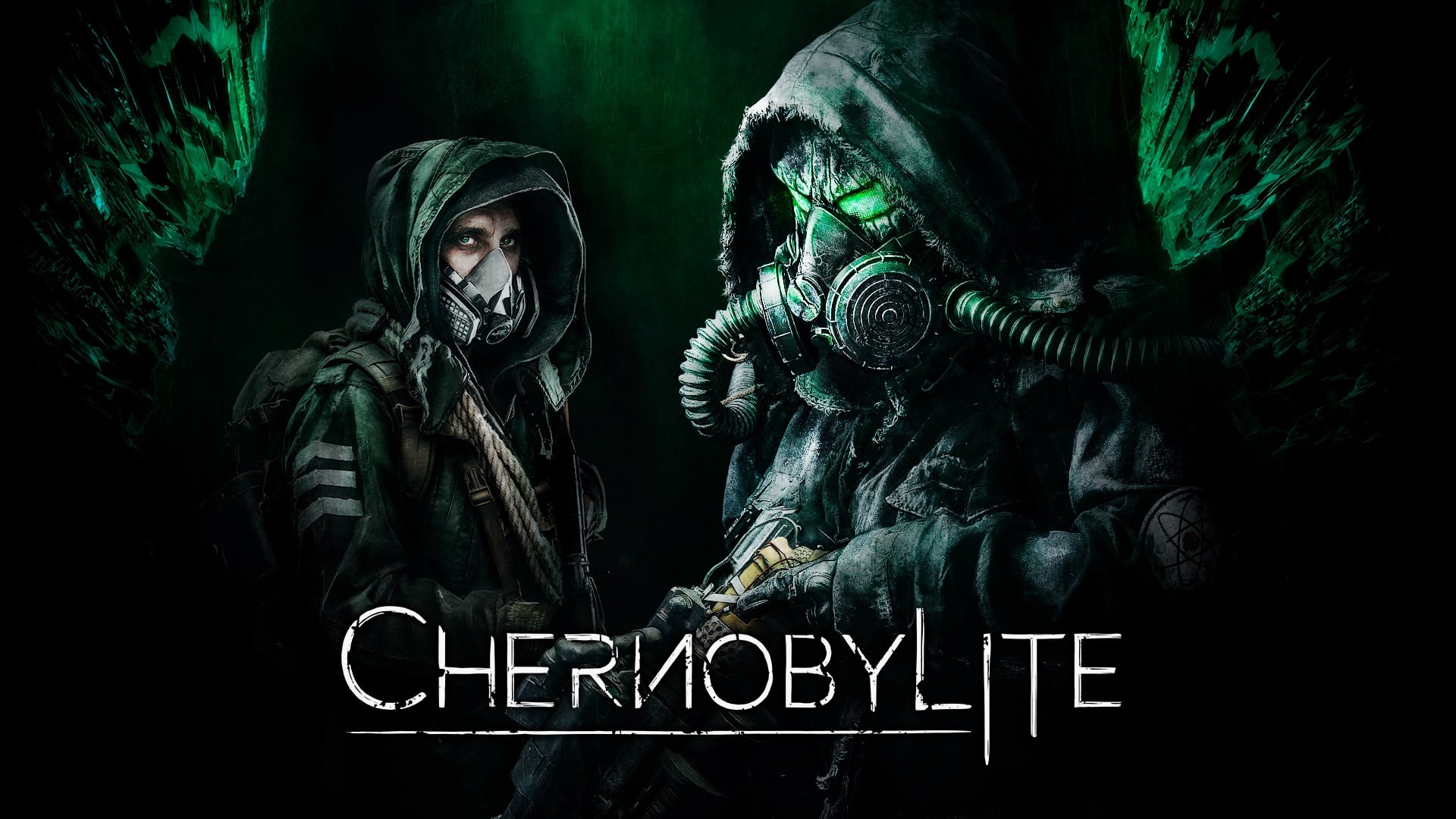 Chernobylite – Review
Score Definition
You better have to choose if it’s worth spending your spare cash, because it might not be the game for you and it might be for others.
Pros
Stunning environments
Realistic world
Intriguing story and characters with many choices
Cons
Isn't sure with what it wants to be
Cartoonish voice acting
Uneven missions
6.5
Justified