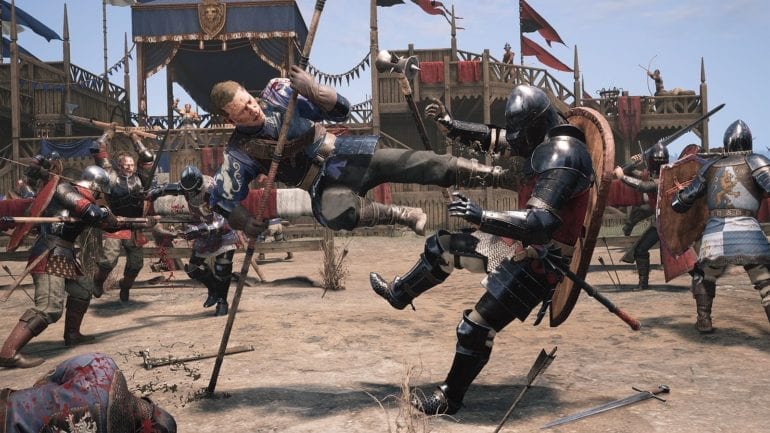 Players will finally get the chance to try out the upcoming sequel for the first time in this closed beta later this month. All they have to do is to pre-order the game on the PlayStation 4 and PS5 to guarantee playing the Cross-Play Closed Beta on April 23-26.

The Closed Beta will start on April 23 at 10am PT/6pm BST/ 7pm CEST. Those who have pre-ordered the game can download the closed beta on the PS4 or PS5 system. Just visit the game’s page at the PlayStation Store to add it.

A new animated trailer was also revealed that focuses on the motivations of the Agatha Knights, one of the two factions involved in the game.

Here’s tease of what to expect in the Cross-Play Closed Beta:

Note that the full release will have all of those above and more.

Getting the PS4 version of the game guarantees the free upgrade to the PS5 version. The latter features 4K visuals and DualSense adaptive triggers and haptics. Check out what it can offer below:

Chivalry 2 launches on June 8. Players fight in a massive 64-player battle across a variety of maps that feel straight out of the best medieval movies of all time.